The happiness of the nation, as a mirror set up for those that would known if they are happy, and by what means they might become so. To His Most Serene Highness Prince György Rákóczi

Origin of the work:
1654 Sárospatak

Editions:
1659 Anonymously with no place of issue given

It was in this short work that Comenius first gave his famous definition of a nation as a people of the same tribe, living in the same land, speaking the same language and bound to one another by love, concord and efforts for the common good.

A condition for this is adequate national affluence, which was a pressing question for under-developed Hungary. The problems of a suitable knowledge of economics (in particular the crafts and trade), well organised education and schooling, reformation (which must not be superficial but internal) and finally wise international policies, in which György II Rákóczi was to be the new David, are also important.

Comenius wished to show, using the example of Transylvania, that in which the happiness of any nation lies. 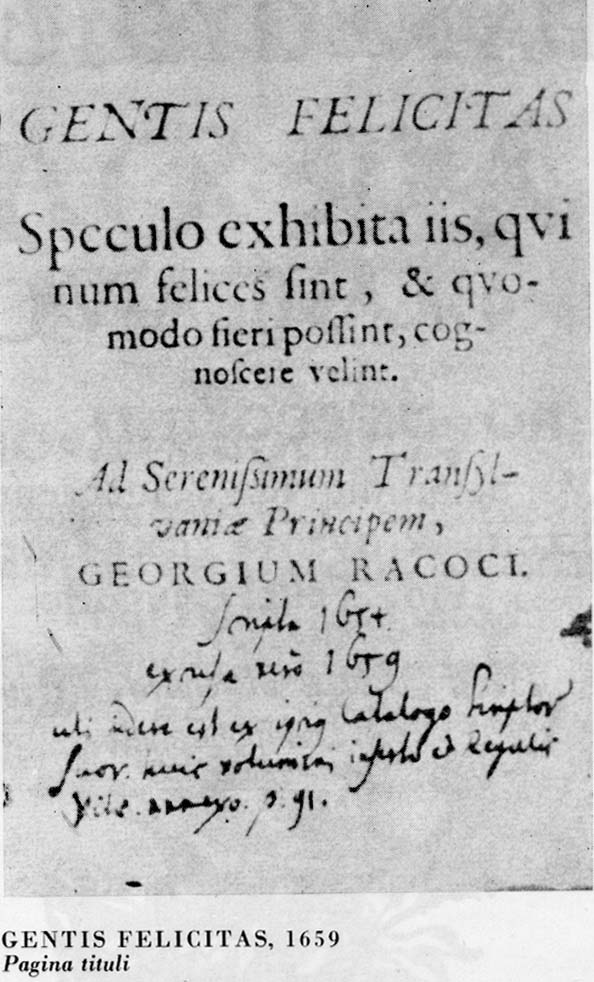