The original settlement on the trade route leading from Hranice na Moravě to Opava is mentioned in 1215, and at the end of the 13th century as a town. It was the property of Moravian families (the Lichtenberks, Lords of Kravaře – hence the occasionally used name of Kravařsko, the Žerotíns, Skrbenskýs of Hříště and others). It was settled by German colonists. In the 16th century a congregation of the Unitas Fratrum and a school are documented here, and the youth of the Brethren were sent to the latter learn German prior to commencing further studies at universities in Protestant Germany or Switzerland.

In 1619 Comenius was named administrator of the congregation and the school. He arrived with his first wife, Magdalena Vizovská and attempted to make his concepts of natural education and teaching reality. Three intensive and perhaps happy years were ended by the Bohemian war (part of the Thirty Years’ War) begun by the unsuccessful Estates Uprising. Comenius was not to be left out even of political events – he took part in welcoming Frederick V of the Palatinate to Olomouc and as a result was included on the list of those sought by the Imperial commissars after Ferdinand II’s edict on the expulsion of those non-Catholic clergy who actively supported the Winter King. Comenius fled from Fulnek, leaving his wife and two small children behind him, and took refuge under the aegis of Karel the Elder of Žerotín. The library that he had brought together in the happier years was burned on May 2nd 1623 by the Capuchin Bonaventura of Kolín. Detailed reports of Comenius’ life at Fulnek come both from his own correspondence and from the writing of the Fulnek chronicler Felix Jaschke, which however are not always reliable. Fulnek was confiscated from Srbenský on the basis of his participation in the Uprising, and then sold to the Lords of Vrbno. In the 18th and 19th centuries it passed through the hands of German owners.

The building of the former Brethren congregation now contains a Comenius Memorial (an exhibition), the garden of which contains a statue of Comenius by Jan Štursa (1955); the Comenius monument (by Julián Pelikán) was installed in 1924. 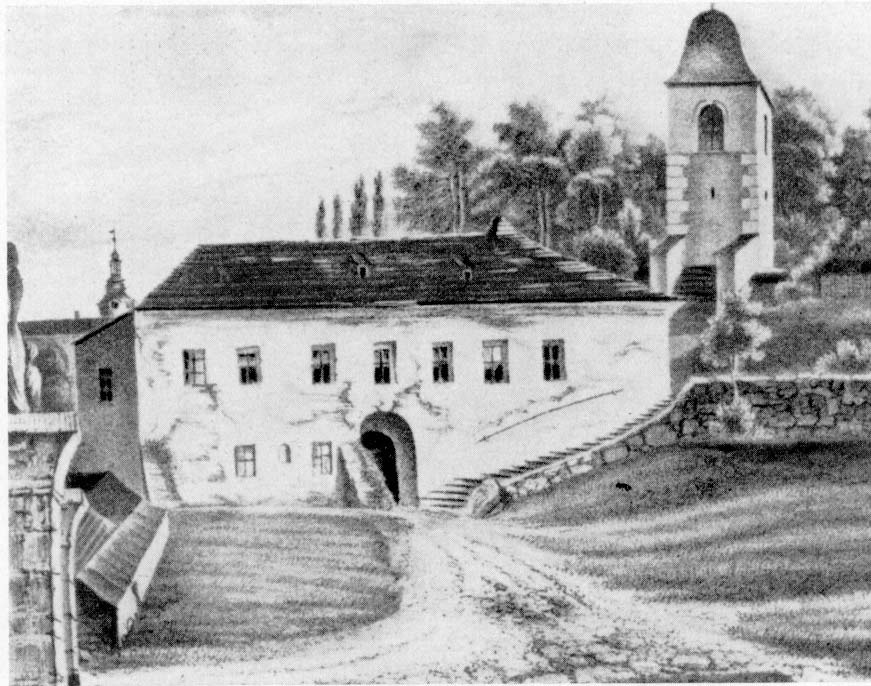