Rejected in 1619 by the majority of the Estates, when Frederick V of the Palatinate became King of Bohemia. After the defeat of the Estates Uprising, he had the leaders of the Estates executed (1621). In 1627 he promulgated the Renewed Provincial (Land) Ordinance, which limited the power of the diet, established an absolutist system and led to the subsequent re-Catholicisation of the country (with a mass emigration of non-Catholics). With the aid of Maximilian of Bavaria and the service of Albrecht of Waldstein (Wallenstein) he had considerable military success during the Thirty Year`s War. After the issuance of the Edict of Restitution in 1629 he released Wallenstein from service, only to call him back after the entrance of Saxon forces into Bohemia, and to arrange for his execution as a traitor in February 1634. In 1635 Ferdinand II closed the Peace of Prague with Johann Georg, Elector of Saxony. 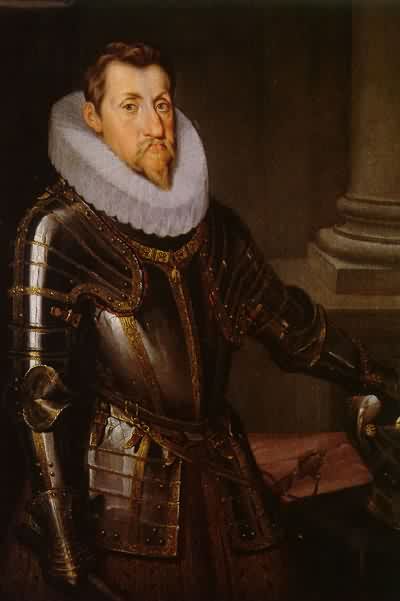