To the adherents of the pansophic endeavour in England, good men of high esteem, this letter is left that they might freely read it (together or singly)

A letter by Comenius dated June 10th 1642, written to his English friends prior to his leaving Britain.

This is the letter that Comenius, prior to his departure from England, left with Samuel Hartlib so that it could be read by his English friends and admirers. In its, the author thanks them for their support in his pansophic endeavour (pansophy), stating that he will never forget it. He departs because he is called away, and because the political unrest in the country offers him no hope of working in peace. He commends the work begun to them, and hopes that they will continue their support of such things. He himself will endeavour to ensure that his plans do not remain mere plans, but are transformed into actions. These he wishes to make real in other countries, since it has not proved possible in England. 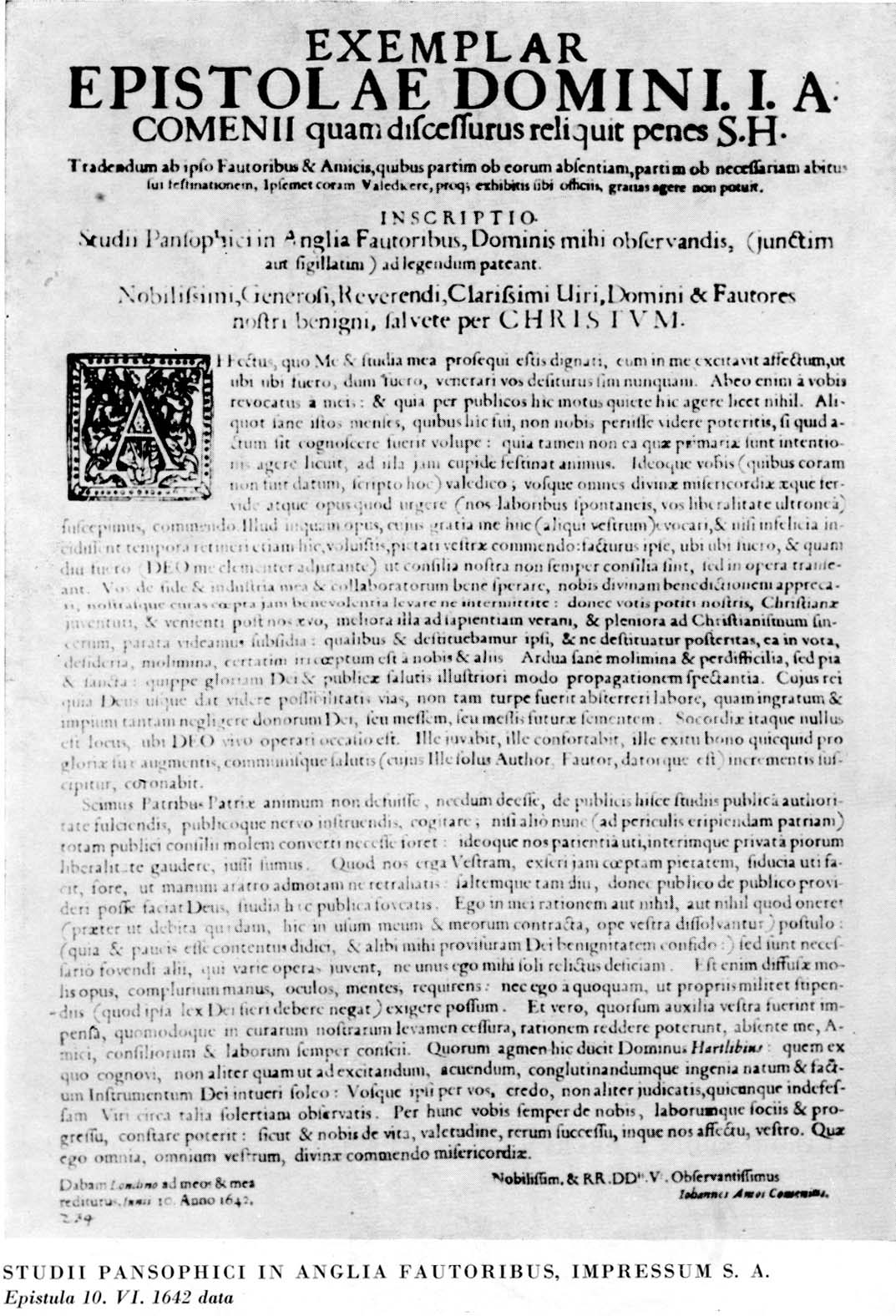