The architect of fortune, or, the Art of take counsel with oneself

This is a handbook dedicated by Comenius at Leszno as a New Year’s gift to his former pupils Count Boguslaw Leszczynski and his brother Wladislaw. After the death of his father Rafael Leszczynski, Boguslaw became Lord of the County of Leszno, and was inclined towards Comenius’ pansophic plans.

For Comenius, the spur to produce this text was a famous work by the English philosopher Francis Bacon, the De dignitate et augmentis scientiarum (On the Dignity and Augmentation of the Sciences). This is a compilation of rules for life, on the basis of which Bacon’s ‘homo politicus’ grows up. While Bacon, however, had in mind a practical man moving through the world, Comenius sees a young man through the eyes of his universal wisdom, shaping his future life with regard to the good of those around him. Comenius, drawing on the Bible and the philosophy of Antiquity (mainly the ideas of Seneca), created in his treatise a handbook of Christian philosophy, deeply permeated by the morally religious spirit.

This work survives in two versions. The original (the Faber fortunae prior) was found in copy among the Hartlib effects in England; it has 30 chapters and in the subtitle claims that it considers the important parts of Christian philosophy. The second version (the Faber fortunae posterior) has 42 chapters, and is rather mystical. 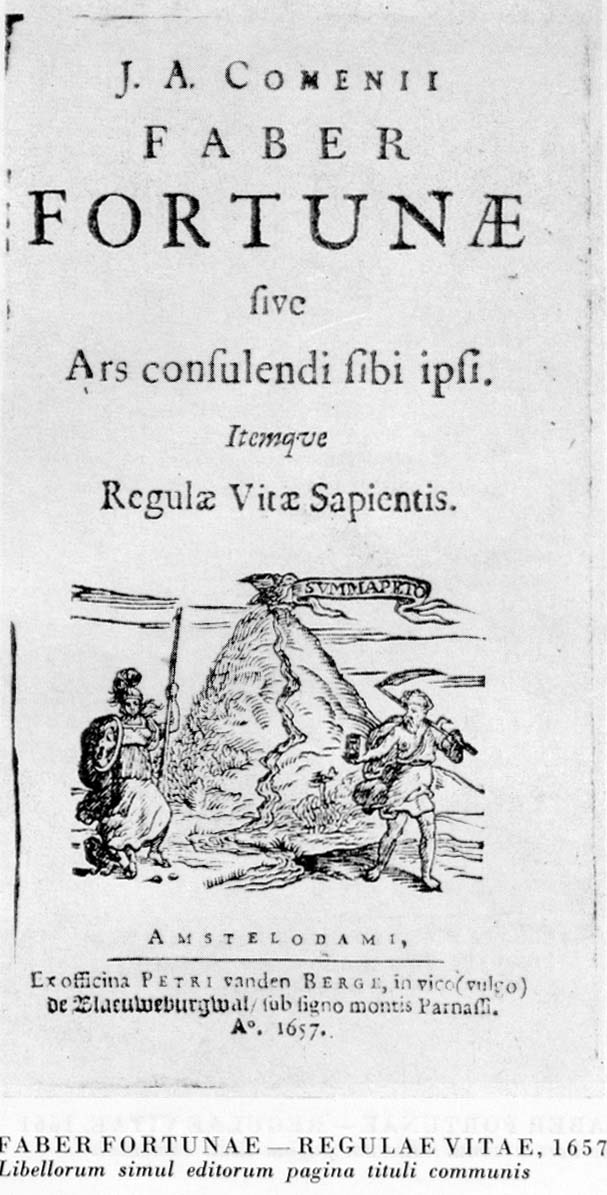