Scholastic education, part the third, the Atrium, setting down the ornamentation of affairs and languages

A Latin textbook for the final stage in the three-part cycle of textbooks for the three-grade Latin school at Sárospatak (see the entry for the Eruditio I-III). Its subject is the art choosing styles. In the foreword to the teacher Jan Etzedi, who led the final grade, Comenius sets out his approach. Unlike the earlier textbooks, the Vestibule and the Gate, this one begins with grammar, which is followed by text, which is in Latin only, and finally a dictionary. The teacher must keep in mind the three fundamentals by which a pupil may learn a smooth and communicative means of expression: 1. learning must be on the basis of a rich vocabulary; 2: he must read authors who express themselves without fault and artistically, and be aware of which linguistic ornaments are being applied; and 3. he must prepare his own work through constant stylistic exercises and writing.

This grammar sets out in twelve chapters the definition of linguistic ornament, how it is used and its types. It is oriented primarily towards style.

The text, which describes the world and its phenomena, is in this sense a fuller expansion of the Janua, and has one hundred chapters. With the exception of the first chapter, the remaining text of the Janua is variously paraphrased with ornamental words, that the content of the textbook be not over-expanded.

The synonym dictionary (the Lexicon atriale) was not yet complete; it was published later and, thanks to its great size, was not included in the Amsterdam edition of the Collected Didactic Works (ODO). 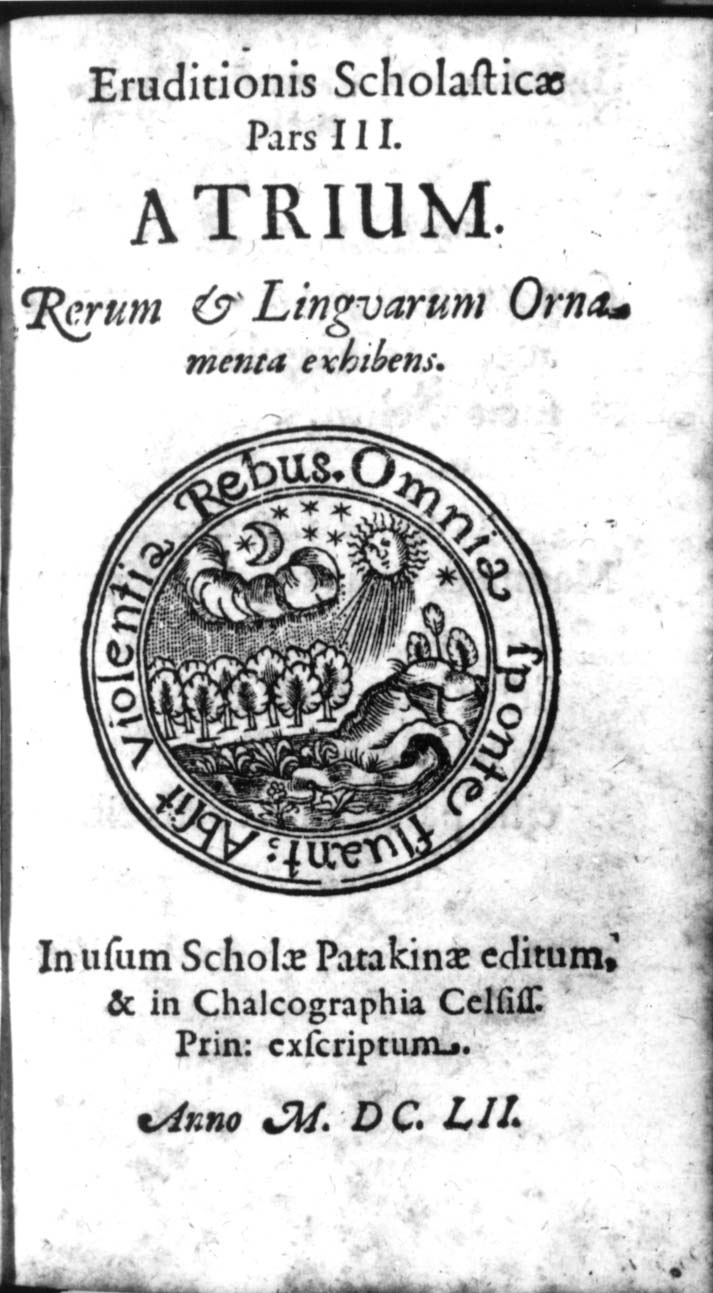