Scholastic education, part II, the Gate, setting down the outer structure of affairs and languages

This is a Latin textbook for the second grade of the three-part cycle of textbooks for the three-level Latin school at Sárospatak (see the entry for the Eruditio I-III). The book is the second re-working of the second version of the Janua (the Janua–Tür).

The foreword is inscribed to the teacher Pavel Kapossimus, who led this grade. Comenius sets out the reasons why he places the dictionary at the beginning, which the grammar follows and why the text comes only afterwards.

The etymological dictionary is nested. Basic words are ordered alphabetically, and from each of these one or more sentences are created, in which words appear that comprise or are derived from the basic word. At the end, the author explains how to compose and derive words, and a glossary is provided of the foreign (mainly Greek) words most commonly used in Latin.

The grammar has fifteen chapters and contains an analysis of all of the word types from the grammatical perspective. It is written so that students learn Latin grammar and the forms of questions and answers. Correctness is confirmed by rules (definitions). The sequence followed is that of sounds, syllables, words with morphology, sentence pairs, sentence groups (periods) and contiguous speech (rhetoric). This is followed by the text of the Gate, with a thousand sentences. The sentences for a total of one hundred chapters, and each is preceded by a key to its content with numerical markers for the individual sentences (paragraphs) in the chapter. The Latin text is at the same time translated into the vernacular (here the Hungarian) language. 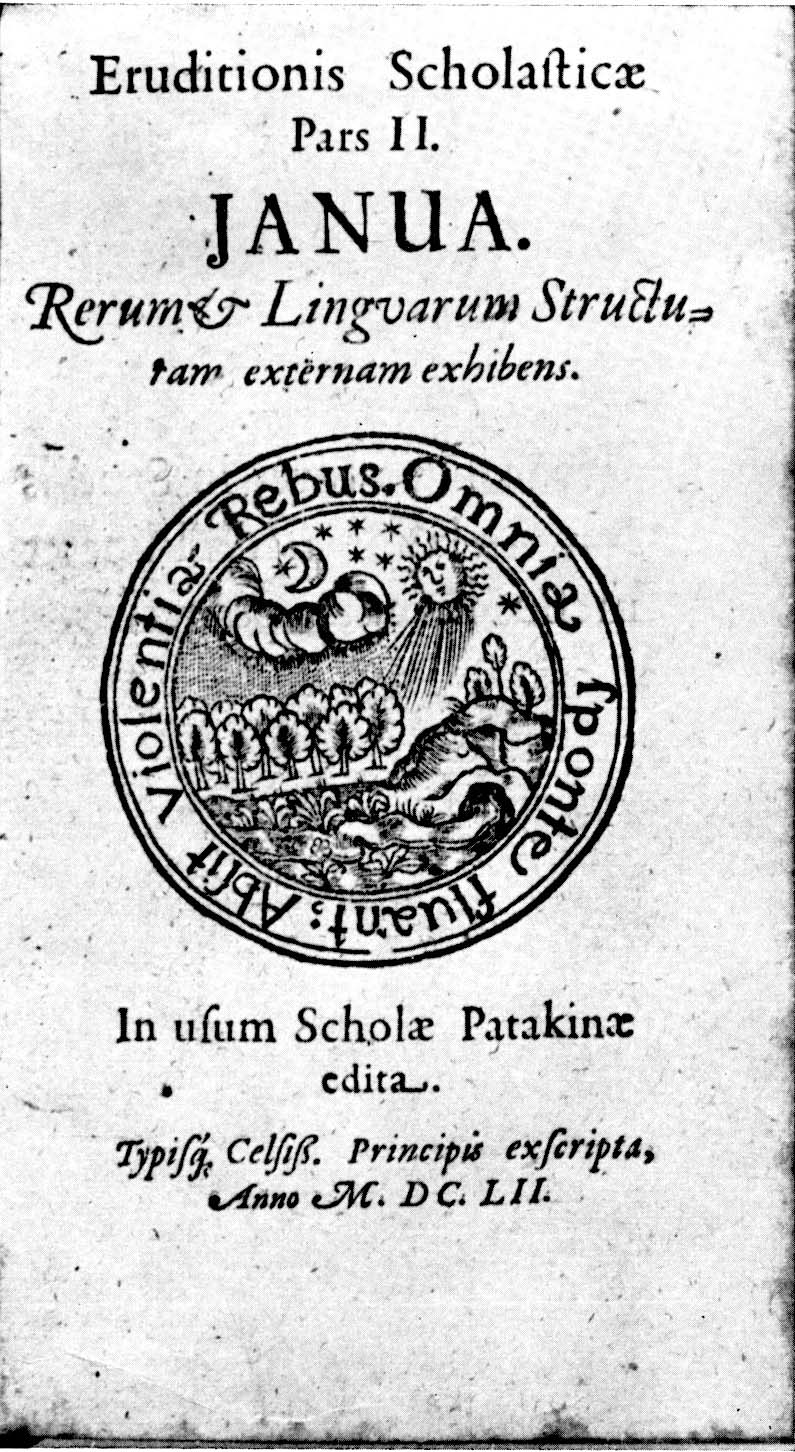