Scholastic education, part the first, the Vestibule, setting out the fundamentals of affairs and languages

This is a textbook of Latin for beginners, the first class in a tripartite cycle of textbooks for the three-level Latin school at Sárospatak (see the entry for the Eruditio I-III).

The axis of the three-part Latin school is contained in the foreword to the teacher Stephan Tolnai, who headed the first grade. The text is in parallel, Hungarian and Latin, versions; it has 500 sentences divided into ten chapters, these providing an overview of the names of things and their parts (nouns), measures of things (adjectives), mentions of things (pronouns), the movement of things and human deeds (verbs), means of action and passivity (adverbs), the contexts of things and events (prepositions), the links between things and events (conjunctions), expressions of feeling (interjections) and a vocabulary or names and verbs as an introduction to the etymological dictionary the Gate of Tongues (the Eruditio II Janua). The grammar, in twelve chapters, begins with sounds (the alphabet) and syllables, and continues through nouns and adjectives and pronouns and their declensions, verbs and their conjugations, and briefly deals with adverbs, prepositions, conjunctions and interjections, with the derivations and compositions of words, and gives fifteen examples of how sentences may be formed. The last chapter explains how to express thoughts in complex sentences. The repertorium is an alphabetical list of Latin words where inflectional word is given in the genitive singular, the gender in the perfective and the supine, along with the number of the sentence in the text in which it appears.

Several methodological instructions are given in the Note to teachers. The textbook is compiled in a well thought-out manner, but is excessively wide-ranging. 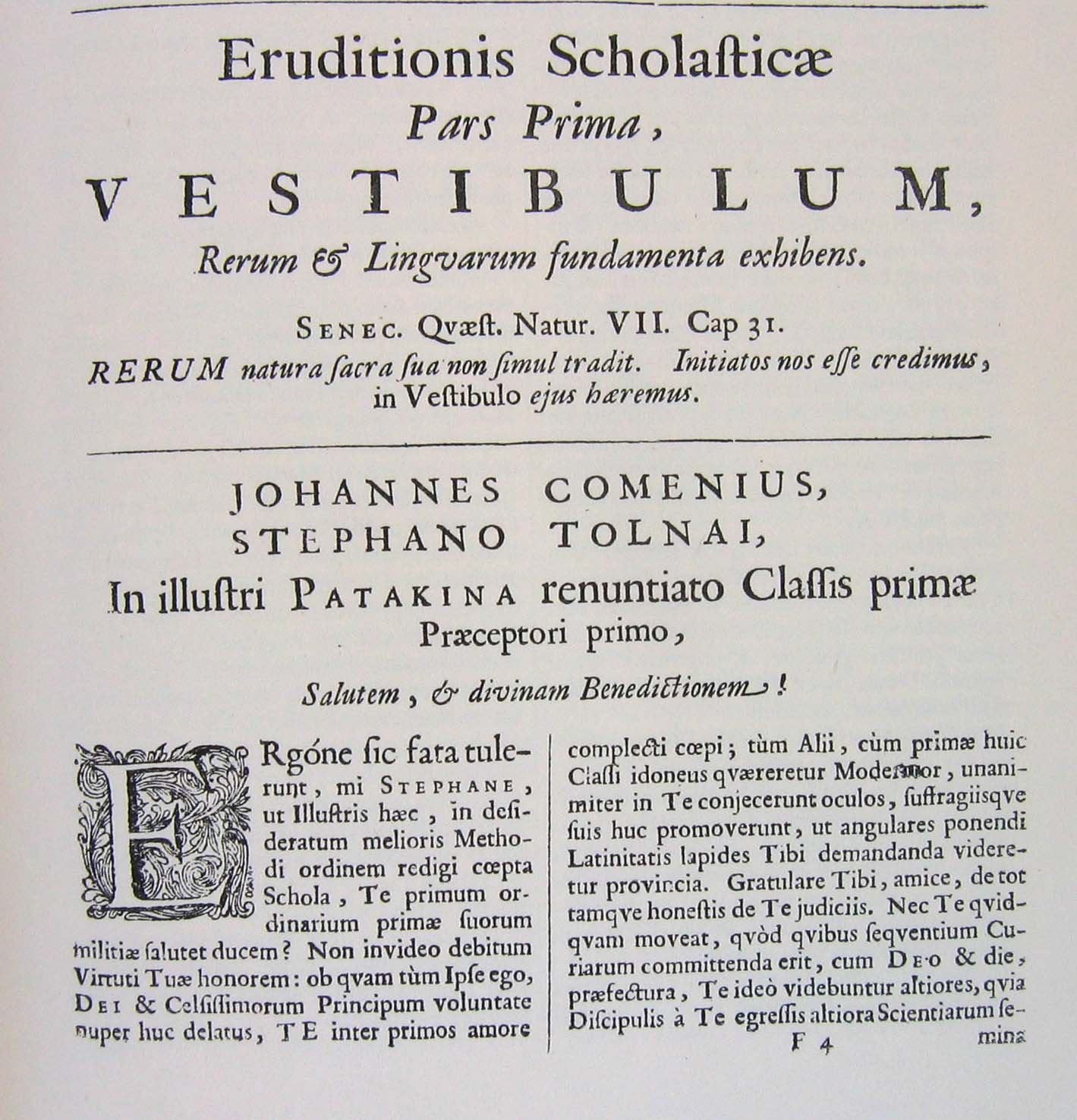 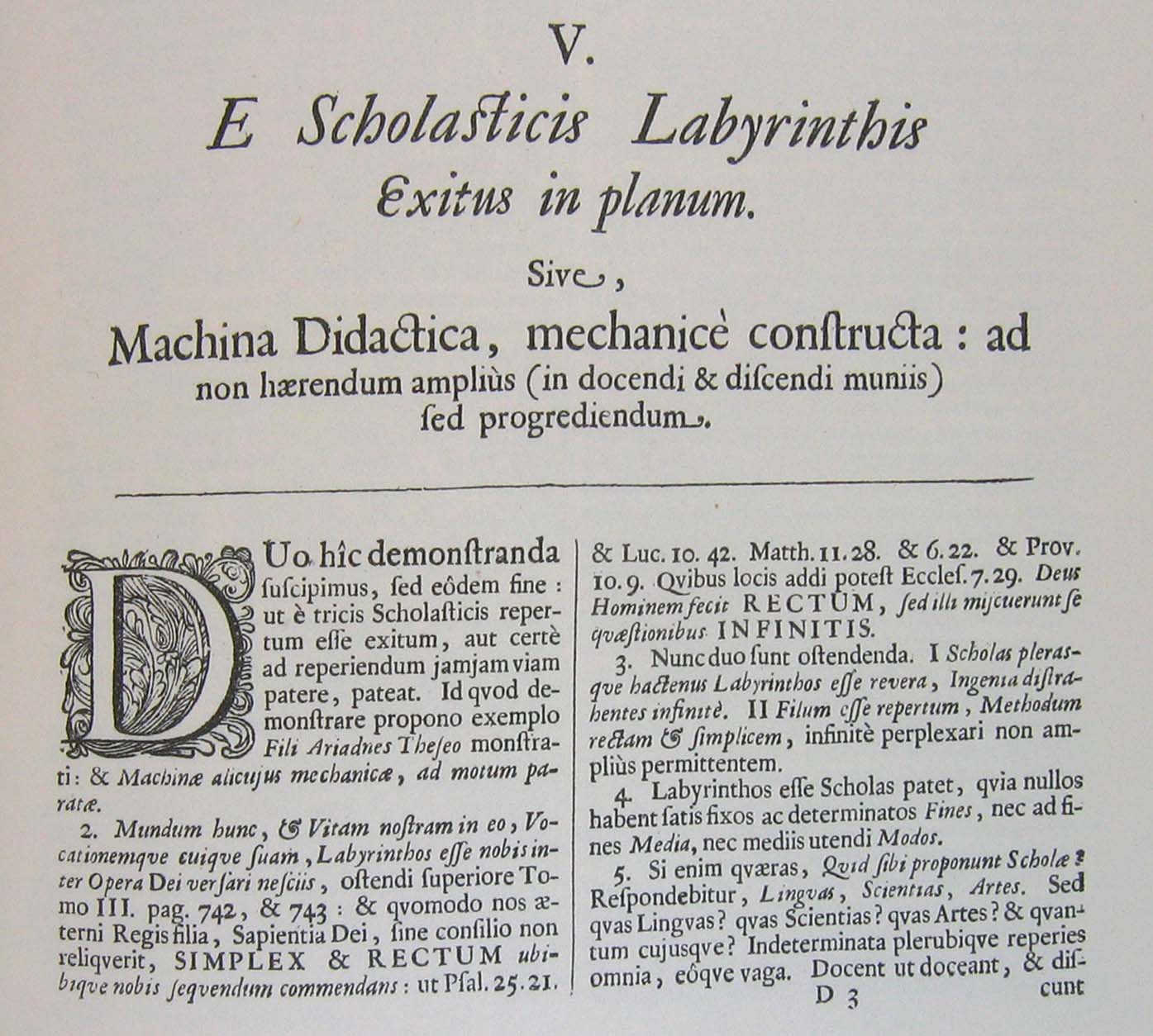