An enquiry into the essence of heat and cold, the true perception of which will be a key opening many secrets of nature. Published by J.A. Comenius in advance as the foreword to a new edition of the Physics, as should be renewed according to God’s light

A natural-scientific dissertation on the nature of heat and cold. This tract is dedicated to Dr. Arnold Senguerd, Professor of Philosophy at the Amsterdam Academy, with whom Comenius had spoken in October 1658 on his voyage to that city. Senguerd at that time expressed that in such things, none of the philosophers failed to please him.

The problem of heat and cold had existed among philosophers since the 16th century. Comenius was led to publish his text by complaints of cruel frosts for the second winter in a row, and the disputational contention at a neighbouring university that heat is the movement of the smallest particles, while cold is their immobility. Comenius does not agree with the second part of this claim.

Rather, he expresses the opinion that heat originates in the expansion of the smallest particles and coldness in their compaction. This work is valuable because with his concept of heat and cold as motion Comenius helped the corpuscular theory to victory, and that the derivation of cold from heat and indirectly from the Sun created a kind of semantic heliocentrism, as opposed to the astronomical heliocentrism of which he was otherwise an opponent. 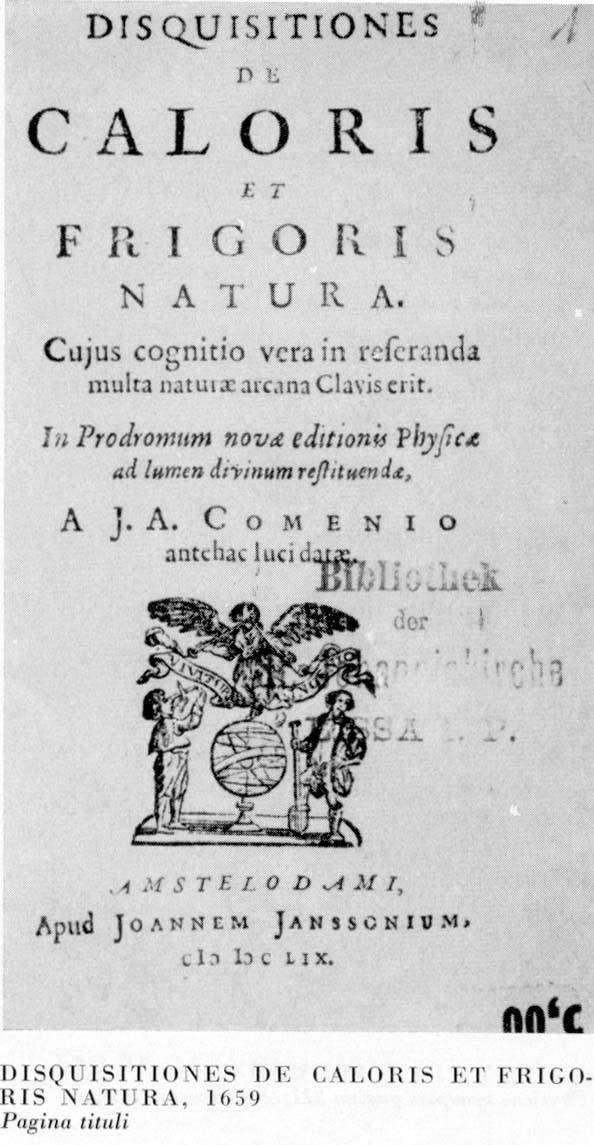