An elucidation of the pansophic endeavour, worked up to gain the favour of the assessor

Comenius’ pansophic efforts (pansophy) awoke several critical voices among the public, and among his co-believers in the Unitas Fratrum, too, doubts arose as to its orthodoxy. The Polish nobleman and priest of the Brethren Hieronymus Broniewski, in his treatise the Annotatiunculae quaedam in Praeludia Comeniana ad Portam sapientiae (Some Notes on Comenius’ Prelude to the Gate of Wisdom), proclaimed that Comenius’ texts – which he had to hand in the form of hitherto unpublished manuscripts – were works which crawled with heresy. Jan Amos was obliged to defend himself before a synod of the Brethren. He had his defence printed under the title given above, and it was approved by the Brethren’s censors.

In the introduction Comenius provides examples from the Bible of how God Himself leads Man to wisdom. He points out that his aim has been to gather scattered truths from all fields, arrange them into a while and give them for the benefit of schools. The roads to wisdom are various, but it may be doubted that the destination can be reached by an individual without the aid of others. It is regrettable that these efforts meet with a lack of appreciation, especially at a time when war flares in the world and when the sciences, at least, ought to be spared conflict.

In a later section he speaks of a change of title for his pansophic work, to “The Temple of Christian Pansophy”; he wishes to make this change to remove all suspicion that he confuses Divine wisdom with human wisdom.

At the end, he gives the titles of the separate parts of the treatise. 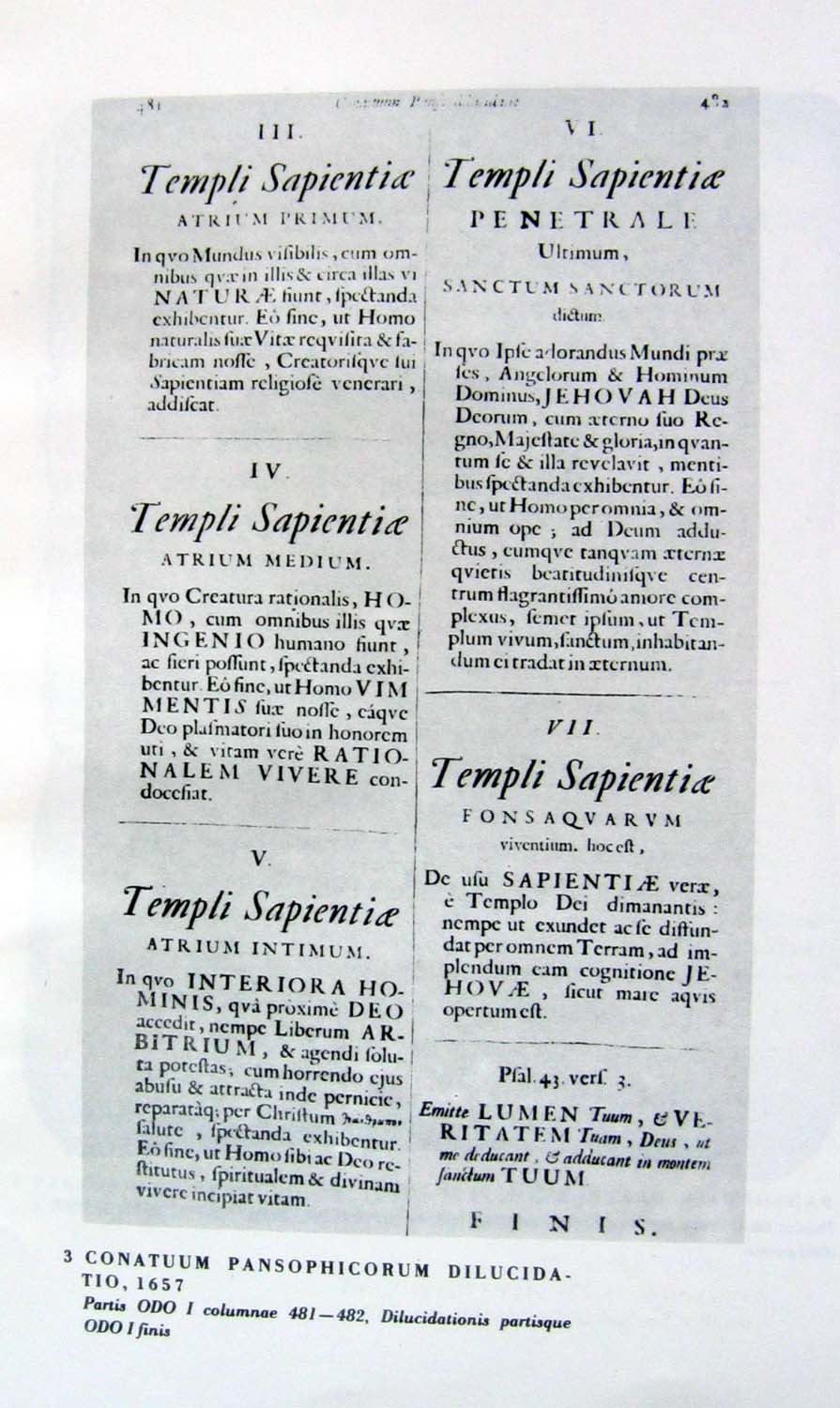