On zeal without knowledge and grace, fraternally from J.A. Comenius to D. Samuel Mares for the diminution of hate and amplification of favour

Origin of the work:
1669 Amsterdam

A reply to Samuel Maresius in a polemic on chiliasm.

The Reformist theologian Samuel Maresius, in an academic dissertation, presented Comenius incidentally as an example of an advocate of chiliasm. An unknown supporter evidently coerced Comenius into this response, which he later came to regret. Previously there had been a pleasant relationship between the two men, which has first become strained when Comenius had provided Maresius with the worked up part of the General Consultation (the Consultatio) for comment. Maresius in his assessment had labelled Comenius’ conciliatory opinions an example of the appalling theologies of the reformers of the world, in which Archimedes’ point was missing, and who were stubborn in defending their erroneous views. Comenius in his response upbraids Maresius for jealousy without a knowledge of love in his prosecution of the debate; nor did he like the title of the dissertation. He regards Maresius’ behaviour as rash, and his judgements as insufficient. 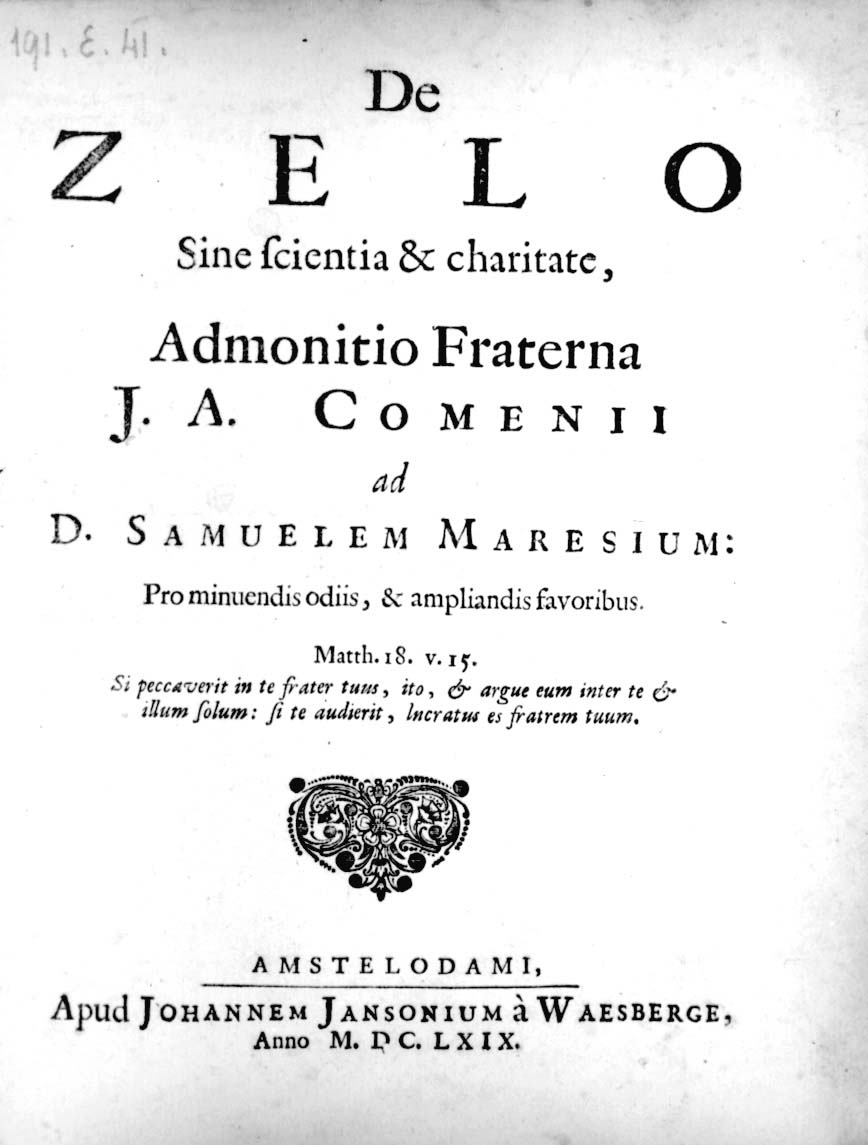