A repeated warning to Christians against the repeated Socinian offer of reconciliation, or God’s power dissipated and further weakened in the service of the proud triumph of the false peacemaker, the true scourge of Christ Daniel Zwicker casting Christ down from the eternal throne

Origin of the work:
1661 Amsterdam

The second in Comenius’ series of replies in polemic form to the Socinian Daniel Zwicker. Before Raimund de Sabunde’s treatise the Theologia naturalis (the Oculus) was printed in Comenius’ arrangement, and before it was sent to Zwicker, the latter published a second text against Comenius – the Irenico-mastix (Scourge of Reconciliation). In this, Zwicker celebrated his triumph over Comenius, his opponent, and gave him a period of a whole year in which to refute him. Comenius regretted being drawn into a dispute that prevented him from finishing his promised pansophic work (pansophy). His reply shows the truth of the teaching regarding the divinity of Christ, refutes Socinian heresies, defends its author against Zwicker’s invective, and encourages the latter to better beliefs. See also the entry on the De irenico irenicorum. 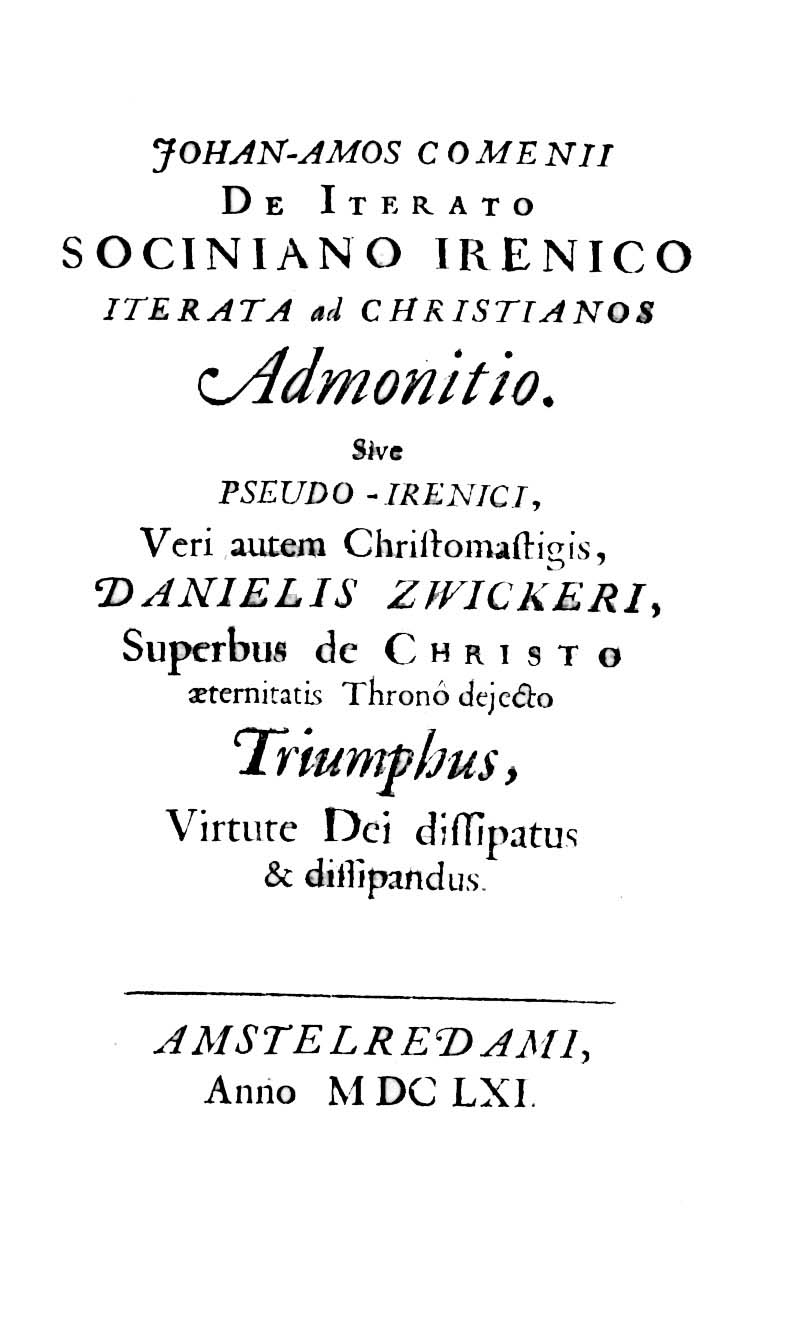