On true and false prophets, a discussion based entirely on Holy Scripture together with an application to modern affairs, namely to Kristina Poniatowská

Origin of the work:
1629 Leszno – the original Czech text

Editions:
1657 Amsterdam, in the volume Lux in tenebris

The Latin translation of an originally Czech work that is now lost. The subject is an investigation of whether and how true prophets and prophecies can be distinguished from the false.

At the beginning of 1629, the revelations of Kristina Poniatowská were made known in Leszno, along with the ostensible death of the prophetess. The Polish and German communities in the town took this incident to be a miracle, and held prayers of thanksgiving for it. Within the community of the Bohemian Brethren, in which the seeress dwelt, however, the event received no recognition. The superintendent Martin Gracián died soon thereafter, and as many clergymen as possible were invited to his funeral in order that they might at the same time come to a decision on the matter of Kristina. Comenius, who was a partisan of prophecy, came on this occasion with the Czech tract O starých a nových, pravých a nepravých prorocích (‘On old and new, true and false prophets’).

The author first sets out the definitions of a prophet and of prophecy, and then moves on to consider to whom and how God sends prophets, how to interpret unclear prophecies, whether prophecy also occurs in the modern age, and how to distinguish whether prophecies are true ones. He further inquires into the person of Kristina, and her revelations. He considers whether her prophecies are indeed of divine origin, how her illness may be interpreted, and whether her death was only ostensible, and what all of this would mean for the church should her visions be true. 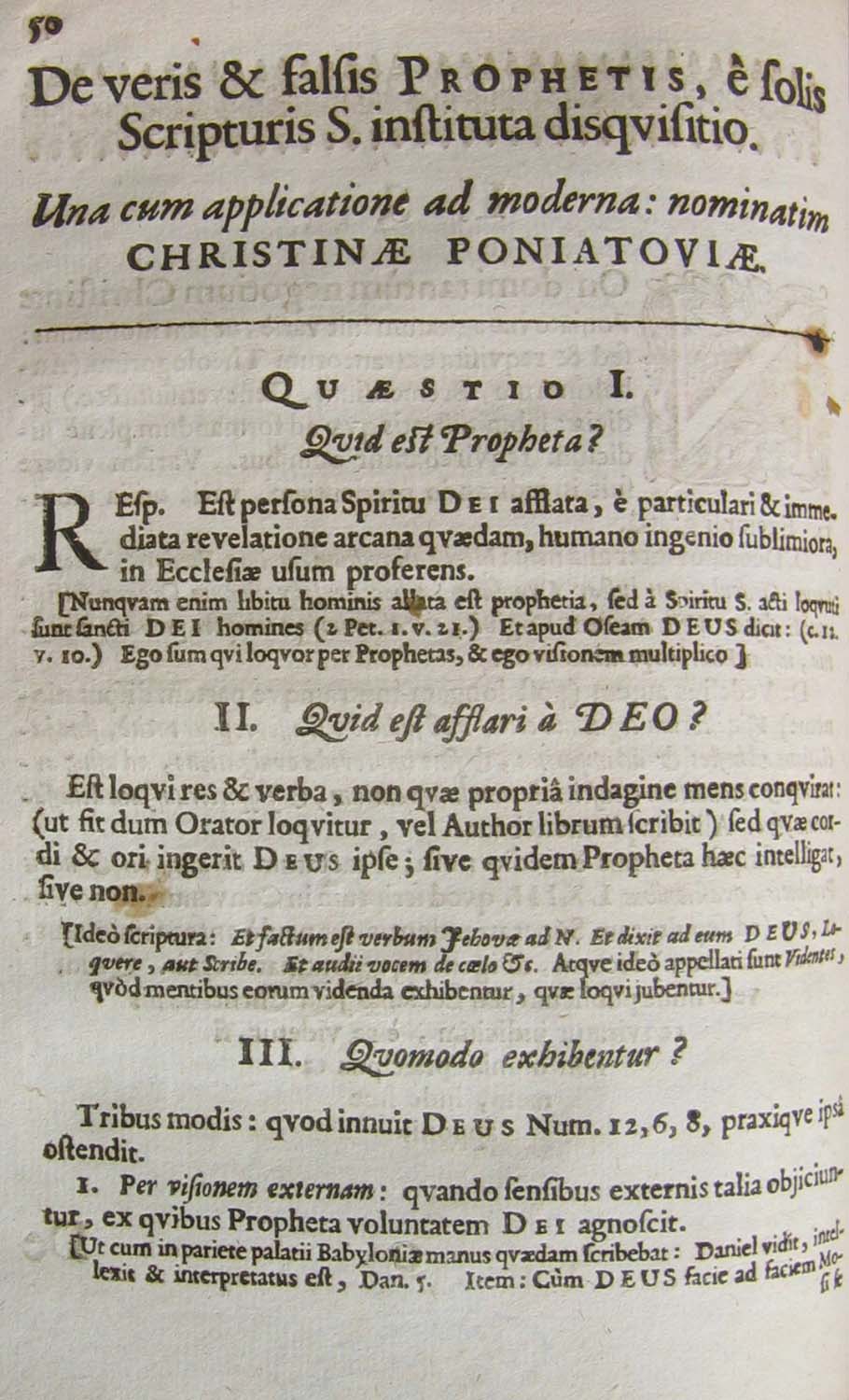