On a new opportunity for continuing in didactic endeavour

This is the foreword to part II of the Complete Didactic Works (the Opera didactica omnia; ODO), in which the circumstances are related of the inception of the works included in this section. Comenius was very close to pansophy (pansophy), and regarded keeping to the didactic works as essential. He tells of the situations and events that led him to works both pleasant and less so. This is an important source for knowledge regarding his life during his stay in England and while working on behalf of Swedish education.

Comenius describes his position: it came to pass, that he abandoned his thorny didactic efforts and moved on to pleasant material endeavours, but on applying himself to these diligently, found further thorns in his path. When he published his Prodromus pansophiae (Herald of Pansophy) and advanced a project to arrange a world congregation of men of learning, who would lead the world to improvement, and when these ideas had spread across Europe, they brought him English friends. These friends invited Comenius to Britain, promising him financial and practical assistance. Comenius went to England, and while there over the winter of 1641-1642 wrote his dissertation the Via lucis (the Way of Light), which was to form the basis for universal wisdom and the spread of learning. The nascent Civil War in England, however, brought his plans to nothing, and obliged Comenius to return. Later in 1642 he accepted an invitation from his supporter Louis de Geer to go to Sweden. De Geer promised Comenius backing for his endeavours, and sent him to see the Royal Chancellor Axel Oxenstierna and the Chancellor of the Uppsala Academy, Jan Skytta. These spent four days in discussion about pansophy with Comenius, and while acknowledging its justification placed priority for the time being on developing a better teaching method for the reform of schools. The chancellor knew and accepted the criticism of the system of schooling in place, as submitted by Wolfgang Ratke, but regarded Comenius’ proposals as better, inviting the latter to work up the reform of Swedish education and the necessary textbooks. Comenius accepted the commission, and with his assistants worked on these affairs at Elbląg. Nevertheless, the urging of his English friends and his own desires led him to work on pansophy as well. He was therefore emphatically encouraged from the Swedish side to advance rapidly with his didactic work. After four years of refining textbooks and reforms for Swedish schools his work was approved and recommended for publication. For a further two years he exerted himself to complete his lexicographical and rhetorical works, and in 1648 returned to Leszno. 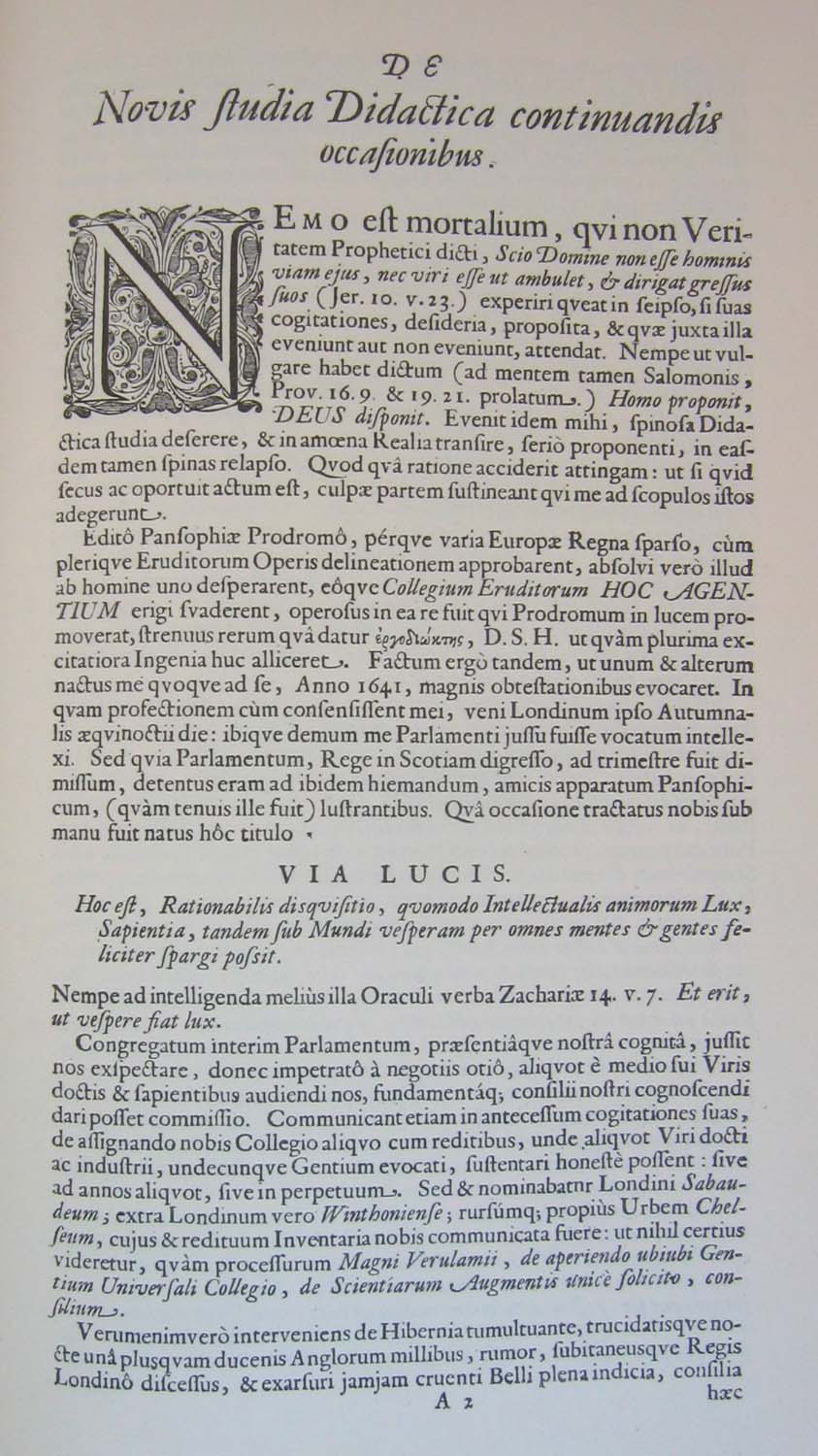