On the art of spontaneous motion that is called perpetual, sought for seven years and finally found by good fortune, which should serve the happiness and to the benefit of mankind, to the glory of God increasing the light of His wisdom, a descriptive report related in the interim to a friend

In the 16th and 17th centuries, the young bourgeoisie of Western Europe (particularly in England and Holland) pressed to power, expecting a hopeful future from technical developments and seeking after the most cost-effective machines that would be capable of supplying energy without interruption, without their own movement requiring such – the perpetuum mobile or perpetual motion. Comenius, too, wished to have the veracity of his pansophic system confirmed by miracles in the field of technology – of which the establishing of such spontaneous motion would be one. In this, he was coming from the attempts of the school to establish such perpetual motion using a system of weights. In this work, he writes of how he worked in his own case. When he returned from England in 1632 his friend Hanuš Kryštof Pergar related his own attempts, boasting that he had found a successful method; both set to work, but the experiment failed. This led Comenius to the view that such perpetua mobile could not be created, and he destroyed the documentation. Later, though, on the basis of consideration of the fact that round bodies moves best, he worked on a machine which combined cylinders and wheels; even this experiment, however, did not end in success. He linked his principles to the sacred numbers 1 (the machine), 3 (the weights – the soul of the machine), 7 (the rotating wheels) and 10 (the rotating wheels plus the three directional wheels). Ultimately, we learn that the three wheels form one. The cheap machine, made of wood, iron and lead, achieves rotational movement. In exuberant mood at this, Comenius wrote to a friend (probably Samuel Hartlib in England) with this treatment of the invention, which he ascribes to the power of pansophy, refuting doubts. He does not include more specific technical details, in order that they not fall into unauthorised hands. See also the entries on the Motus spontanei relatio and the Clamores. 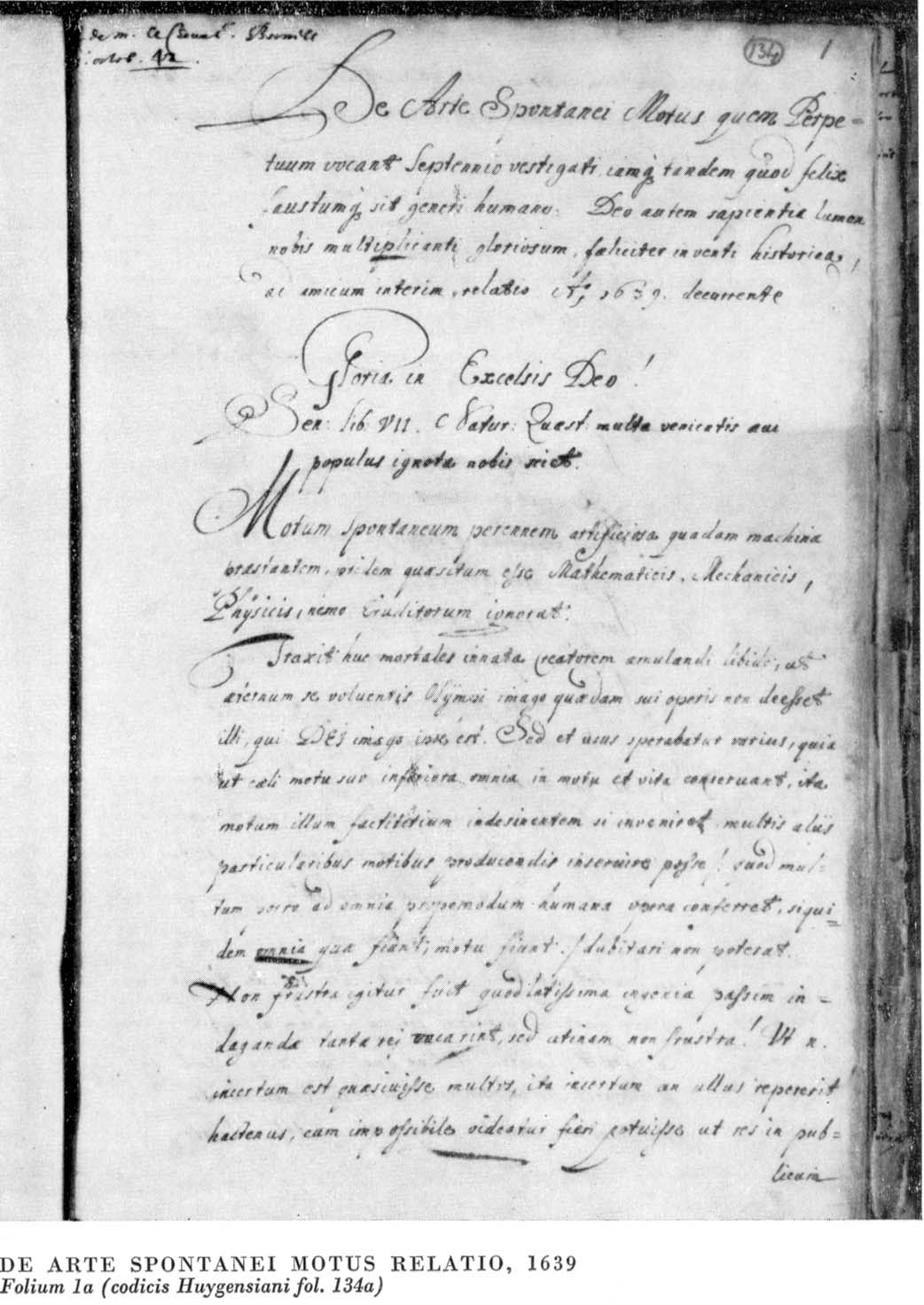