The literary legacy of Jan Amos Comenius also includes a wealth of correspondence, preserved in the libraries and archives of several European states. The largest collections of letters by Comenius are now kept in the Czech Republic, in the Library of the National Museum in Prague, and abroad: in the Sheffield University Library in England – where the effects of Comenius’ friend and collaborator Samuel Hartlib are now deposited – and in Poland, where the State Archive at Poznań holds a large part of the archive of the Unitas Fratrum. There are other large collections of Comenius’ correspondence in Swedish archives and library collections.

For scholars, such correspondence is an important source of information about Comenius’ life, the origins of his various works, and his opinions of various events; it provides a sketch of his relationships with personal friends and helps to understand the driving motives behind his diverse activities in the fields of the sciences and both political and ecclesiastical life. Comenius’ correspondence is this an important source for comeniological studies and an essential part of his literary heritage, filling out the picture of Comenius as a writer and artist in words.

It is as present difficult to ascertain the number of Comenius’ letters that have survived, as surveys in European libraries and archives continually bring new discoveries. Thus far, over 350 letters, intended for over 150 different addressees, and generally dating to the period after Comenius’ departure from his homeland, have been published in editions appearing in various volumes and journals; these numbers, however, are incomplete and should be taken as merely orientational.

Among those to whom Comenius’ letters were addressed were such important political figures as Oliver Cromwell, King Charles II of England and the Swedish Chancellor Axel Oxenstierna, whom Comenius attempted to win over in furtherance of the political interests of the Czech evangelical emigration. Comenius also wrote to his protectors and sponsors among the nobility, and to the noble patrons of the Unitas Fratrum. Among these were Louis de Geer in particular, and Karel the Elder of Žerotín, Zbygniew Gorajski, Boguslav and Raphael Leszczyński, Krzysztof Radziwiłł and Zuzana Lórántffy.

With the possible exception of de Geer, these were however letters of opportunity. There was also a rich correspondence with friends and collaborators, in particular Samuel Hartlib, Petr Figulus Jablonský (a pupil and later Comenius’ faithful collaborator and son-in-law), but also with John Dury and Cyprián Kinner. Among the scholars and theologians who were his contemporaries, Comenius often wrote to Nicholas Arnold, Johann Heinrich Bisterfeld, Johan Heveli, Godofred Hotton, Joachim Jung, Johann Mochinger, Johann Redinger and Johann Ludwig Wolzogen. Other important addressees, less common in the letters, are Marin Mersenne, Johann Valentin Andreae and Comenius’ favourite professor at the Herborn Academy, Johann Heinrich Alsted. Another circle of addressees comprises the senior figures of the Unitas Fratrum, among them Jan Bythner, Martin Gertich and Mikuláš Gertich. Among those with whom Comenius kept up a correspondence throughout his life were clergy of the Brethren and the visionary Mikuláš Drabík.

Important bound editions of Comenius’ letters began to appear at the end of the 19th century, made possible by their discoveries in several archive collections, so that the editions could contribute to the real scientific interest in Comenius’ personality and works. 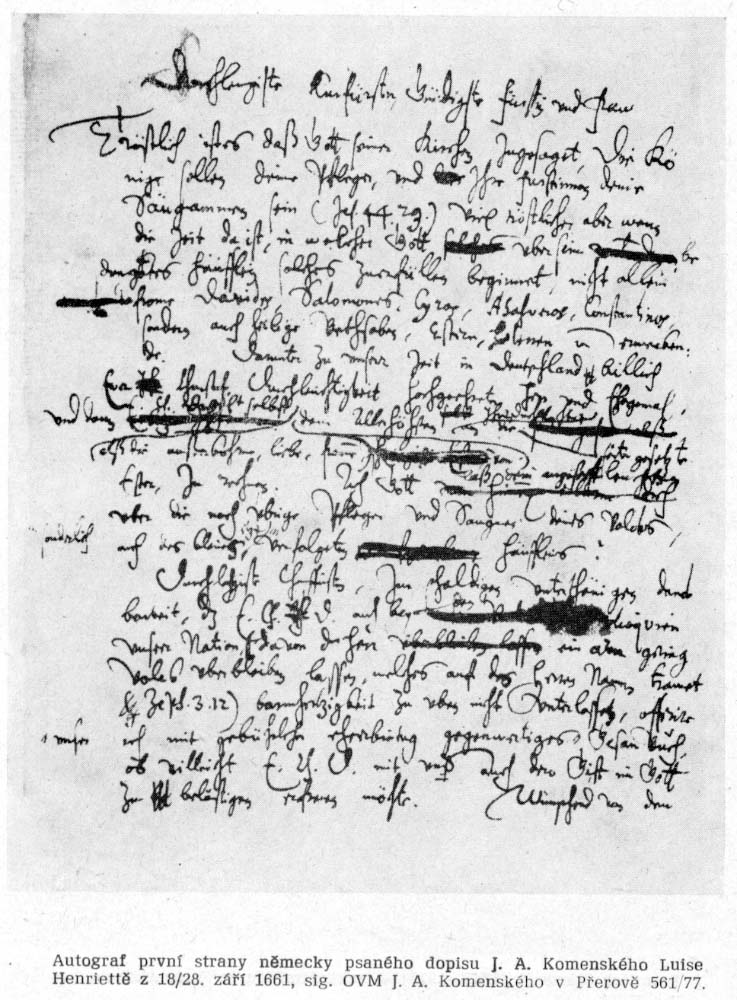 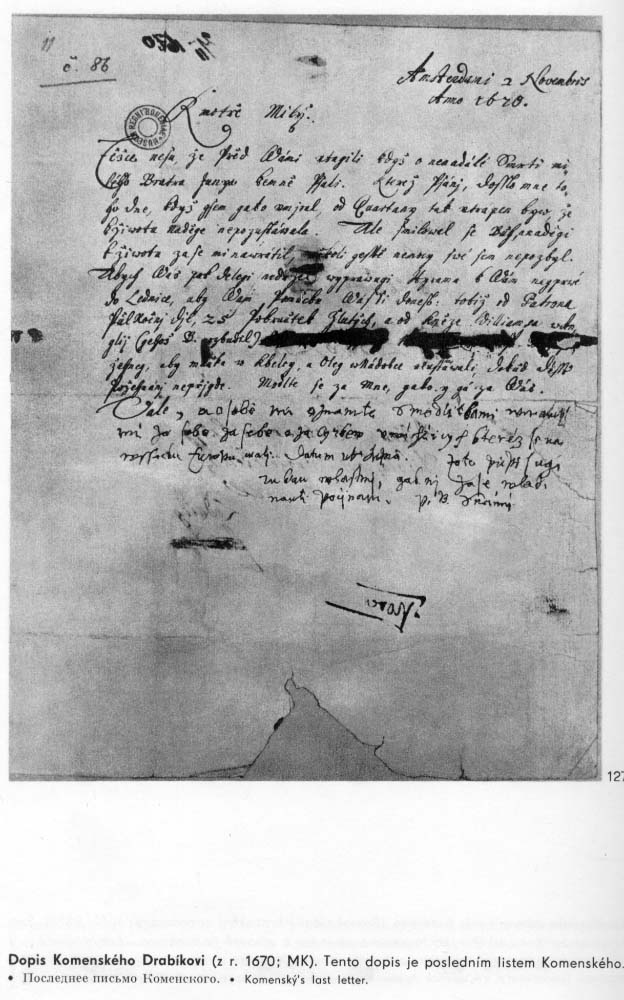