King of Sweden from 1654-1660, the son of John Casimir Pfalz-Zweibrücken and Catherine, daughter of Swedish King Charles IX.

Named generalissimo of Swedish forces in 1648, in view of his military talents and successes. After the abdication of his cousin Queen Christina in 1649, he was elected as her successor. In 1655-1660 he conducted the First Northern War between Sweden and Poland. The excuse for his invasion of Poland was the claim of his cousin John II Casimir (Casimir V) to the Swedish throne. It was during this war that the Catholic Poles set fire to Leszno, which was salvaged by the Swedes; Comenius’ home burned down during the fire, destroying his rich library with its valuable manuscripts.

It was in honour of this King of Sweden that Comenius composed not just his Panegyricus Carolo Gustavo (Panegyric on Charles Gustav) but also his Votiva acclamatio, a eulogy in honour of the king’s victory over the Danes in 1658, which the author had printed in Amsterdam in the spring of the same year. The only surviving example known to date was found in the Zentralbibliothek in Zürich, Switzerland, in 1986. 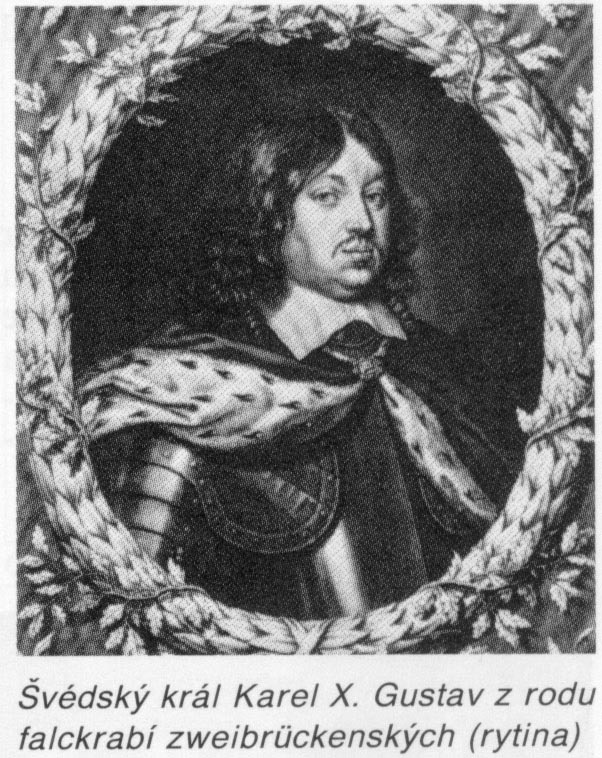