A catalogue of works that must yet be elaborated that with the aid of God it might awaken in the public an ardency for truth and peace, that is the common salvation

This is a list of works that should be selected or worked up for broader education according to Comenius’ pansophic plans. It is a copy made by a person unknown, and found among the Hartlib effects (Samuel Hartlib).

Comenius set down a list of tasks, the completion of which would be a precondition for ecclesiastical reconciliation and a reform of education. He wrote of the books that reform would require, the need for mutual consultation, and the means by which such efforts might be continued in the future. In conclusion, Comenius writes of how he would wish to divide the work with his friends.

This list is similar to two earlier inventories. The originator of the first was Comenius himself, in a letter to Count Boguslav Leszczynski on September 12th 1640. The second, similar list is contained in a letter from John Dury to Cheney Culpepper on January 6th, 1642. 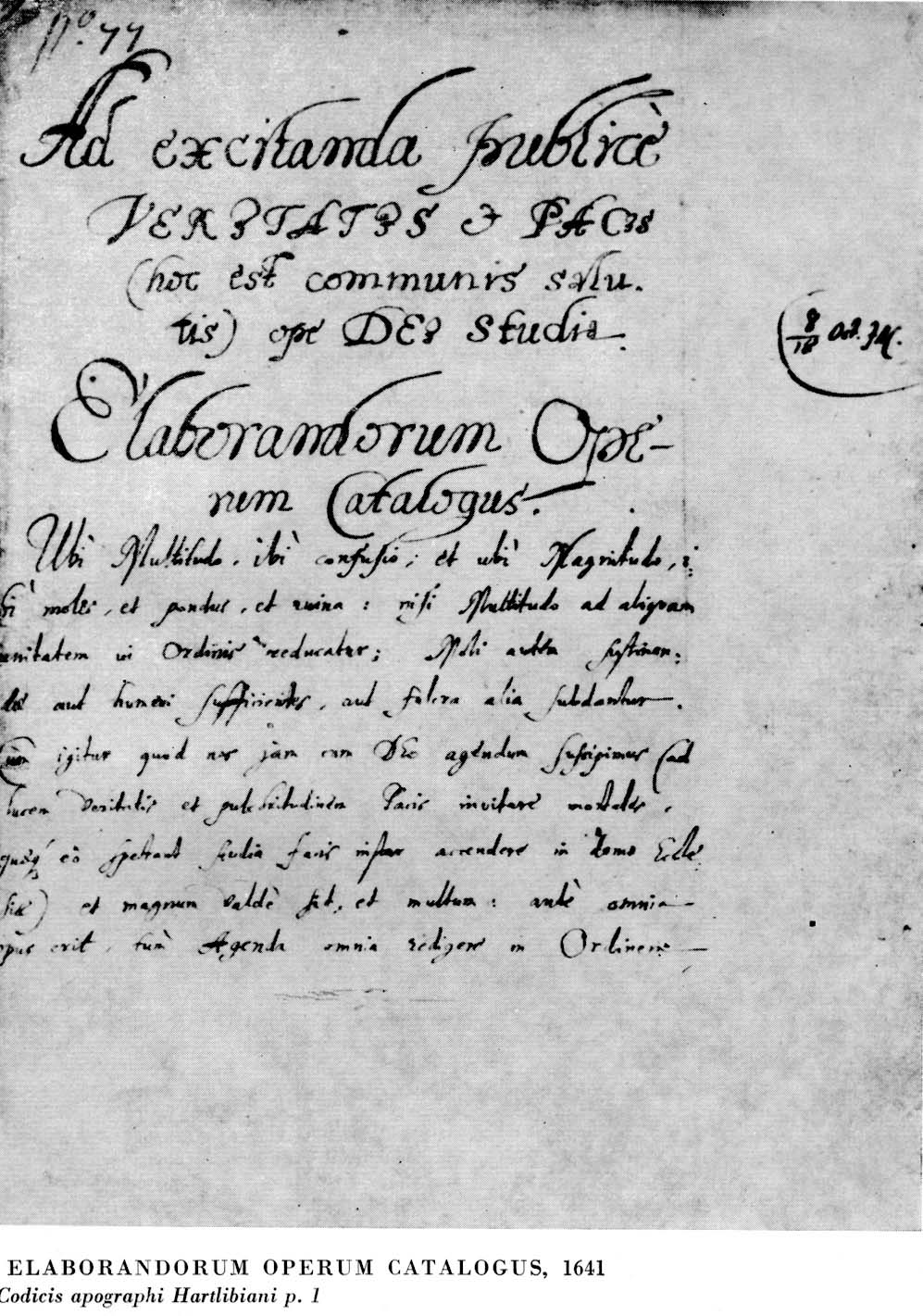