The Netherlands – North Brabant. The city lies at the confluence of the rivers Aa and Mark.

The town was fortified in 1534 by Henry of Nassau. In 1566 the Compromise of Breda (Brederode Hendrik, the request of the nobility that the religious edict be cancelled and the Inquisition ceased) was signed here, as a result of which the union of the Gueux came into being. In 1581 Breda was taken by the Spanish, and in 1591 by Maurice of Orange. In 1625, during the Thirty Years’ War it was captured by the Spanish commander Ambrosius Spinola, and in 1637 was gained by Frederick of Orange. Under the Peace of Westphalia it was left to Holland. In 1667 the Peace of Breda, between England and Holland, was signed here.

In 1667 a peace conference was held at Breda that brought the Second Anglo-Dutch War to an end. Comenius directed his tract the Angelus pacis (Messenger of Peace) to the participants, and brought it here himself. In the tract he pronounces himself a messenger of peace, taking from this his right to address the peace embassies. 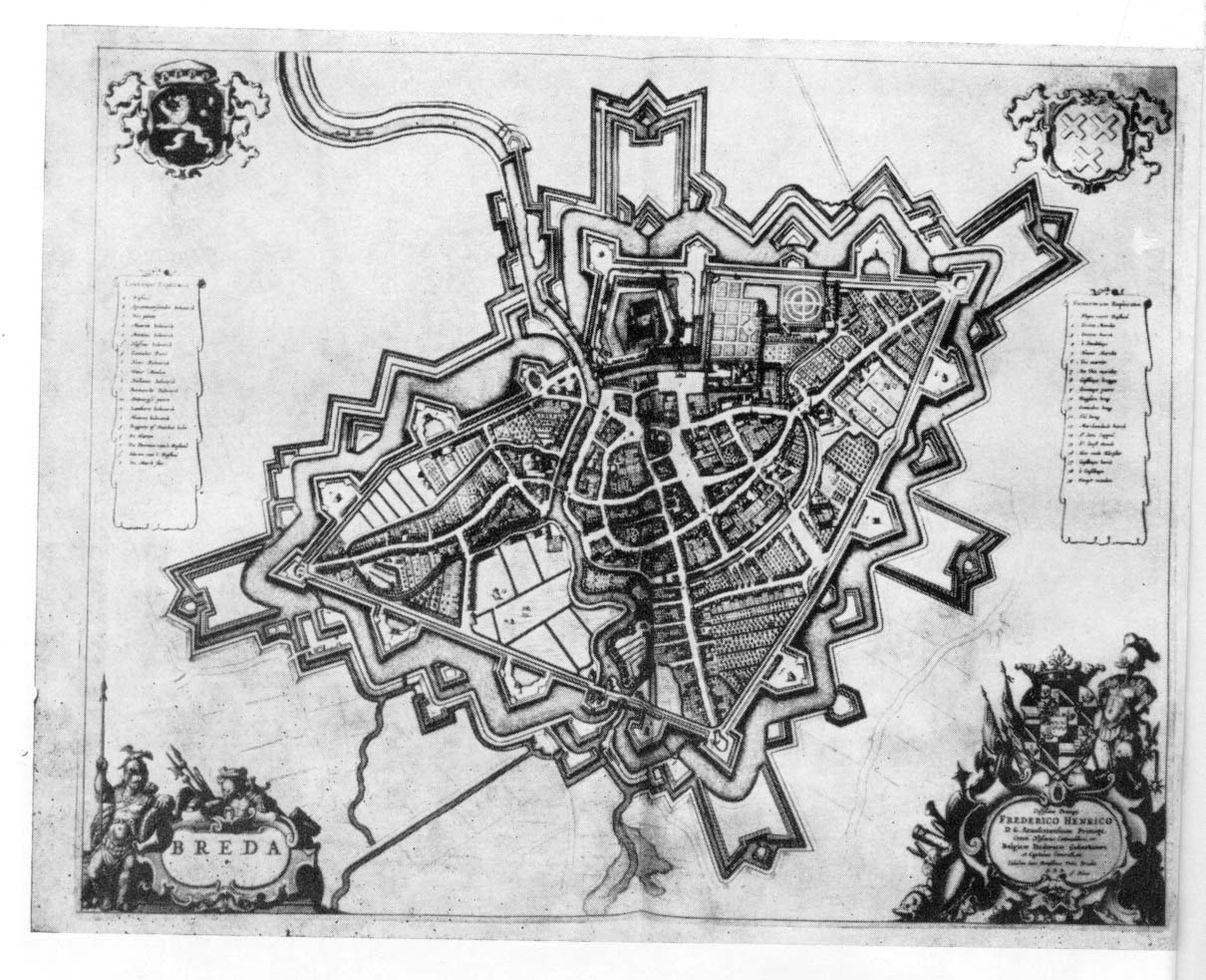