Czech Republic. Town sited where the Orlice tableland meets the Svitavy downs on the Tichá Orlice.

In the third quarter of the 13th century a township grew up beneath the Gothic castle established here by the Lords of Prostiboř & Brandýs. During the 14th century the town was held by the Lords of Boskovice, of Šternberk and later of Postupice. At the beginning of the 15th century the Brandýs estates were purchased by Vilém of Pernštejn, and in 1558 sold to Libuše of Lomnice; in 1599 they passed by inheritance to the Žerotín family. After the death of Karel the Elder of Žerotín the estate passed through many hands (e.g. those of the Zárub of Hustiřany, Trauttmansdorf, Valdštejn/Waldstein families etc.)  The Lords of Postupice, like the Žerotín family, were members and supporters of the Unitas Fratrum, for which reason Brethren from elsewhere came to their estates and contributed to the development of crafts and the way of life in the community. The Brethren had a place at Brandýs from the very beginning – it was here that Brother Řehoř (Gregory), one of the founders of the Unitas Fratrum, died and was buried. A long-time friend of Comenius’s, the leading politician Karel the Elder of Žerotín was born (1564) and buried (1636) at Brandýs. After 1620 Brandýs remained part of the estate of the former provincial Hetman, and was one of the few places where priests of the Brethren could find safety from the Emperor’s agents.

In 1622 Comenius, too, came to Brandýs after his flight from Fulnek, and lived under the protection of Karel the Elder in a house set aside for the priests of the Brethren. He wrote several works here: the Labyrinth of the World and the Paradise of the Heart, the Unconquerable Castle, the Centrum securitatis, the first part of the Lamentations. Beyond this, Comenius also devoted himself to pastoral work and preaching, and may also have taught at the Brethren’s school in Brandýs. Between 1622 and 1626 he made several journeys to Moravia, in order that members of the Unitas Fratrum did not become isolated, and to prepare for the possible emigration that was expected to follow the pronouncement of the Renewed Provincial Land Ordinance in 1628.

Comenius’ short stay in the town is commemorated by a memorial beneath Klopota (1865: stonemason K. Svoboda) and the Comenius Memorial Hall on the square.

The Comenius Elementary School organises the “Comenius and Us” artistic and literary historical competitions for primary and secondary school pupils. 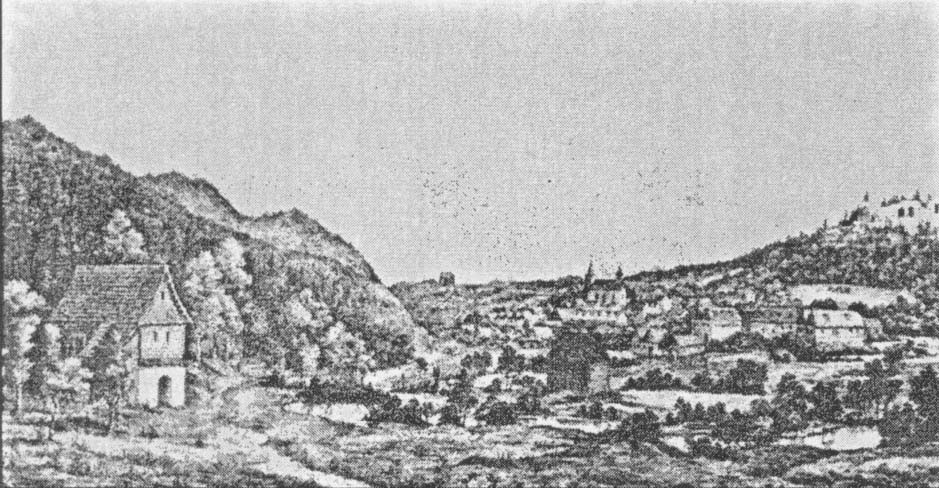