The clarion call of a year of grace for the Bohemian nation, announcing the consolation for the sorrowed, joy to the weeping, freedom to the imprisoned, the rejoining of the scattered: beginning at the end of the year 1631 and continued in the year 1632. Brought into the light for the first time in the Czech language by the worthy and scholarly Jan Amos Comenius and now translated into the Dutch by Jan Gajus of Týn on the Vltava

A flyer, announcing the destruction of the Habsburgs and promising the early return of the Czech religious exiles to their homeland. In it, Comenius uses the Biblical tradition of the Year of Grace, celebrated every fiftieth year in Israel, during which slaves were given their freedom, fields sold were returned to their original owners, and debtors were forgiven all their debts.

The Saxon assault on Bohemia at the end of October 1631 gave the Utraquists and the Brethren confidence in victory over the Imperial forces, and they thus prepared for a return to their homeland. Comenius responded to the situation with his Clarion Call. It is a dialogue between the voice of God’s Clarion, announcing the destruction of their enemies, and the voice of the dispersed Brethren, which contains hidden doubts as to whether this return will be a lasting one. Comenius, as prophet and herald of God’s Will, scatters the words of the prophet Isaiah’s fears of the Babylonian horror, and predicting the fall of Babylon, which embodies the Habsburg hydra. With the grace of God, the Czech people will thrive after their return like herbs and willows beneath the water. The scattered enquire as to what shall happen to those who fell away from the Lord and were numbered among the unbelievers. The Voice of God replies, that they shall taste His power and might, but ultimately also His justice and mercy.

The style of this short work is Biblical, and it is reminiscent of the first two parts of Sorrowing (Sorrowing I and Sorrowing II).

The Czech manuscript has been lost, but prior to its disappearance it was translated into Dutch by the Czech exile Jan Gajus. 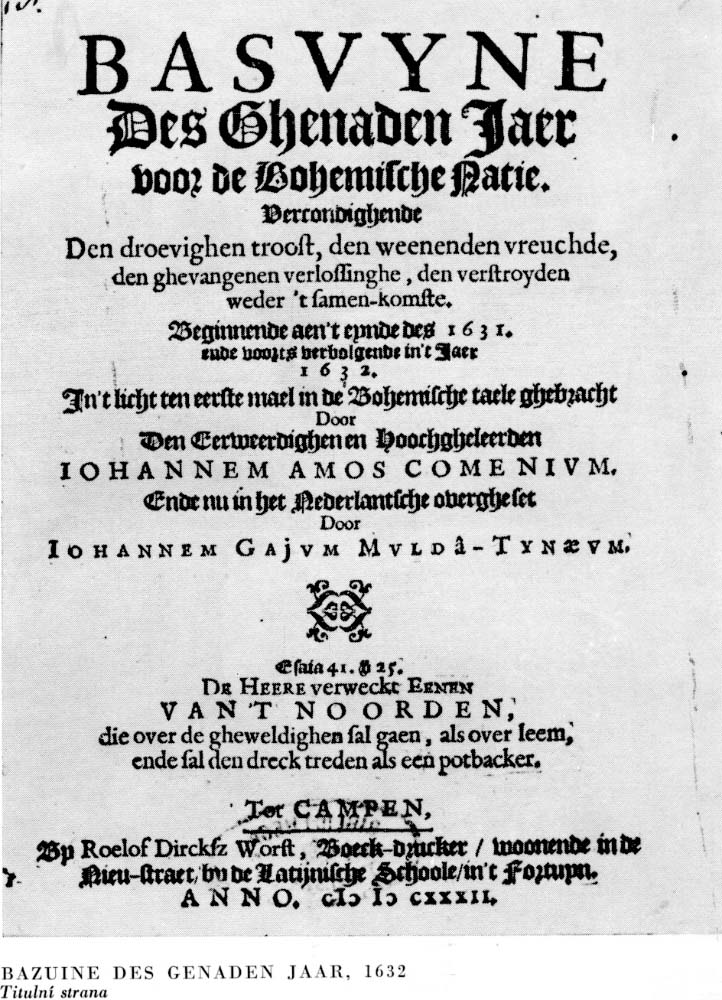