Several contemporaries reproached Comenius for his Latin, particularly in the Janua linguarum (Gate of Tongues), with returning to the pre-Humanist period, as it uses many barbarian and Late Medieval Latin words, and contravenes the Classical Ciceronian Latin. Among these critics the Lutheran theologian Ursinus was prominent for his voluminous commentary on the Janua.

Comenius defended himself with the fact that that purpose of the Gate was not philological, but material. He wanted pupils to be able to acquire a correct Latin nomenclature as quickly and easily as possible. Because Classical Latin was lacking in the terms for new things and concepts, he was forced to use Greek and other foreign words and to invent new words and associations with regard to analogy and etymology. 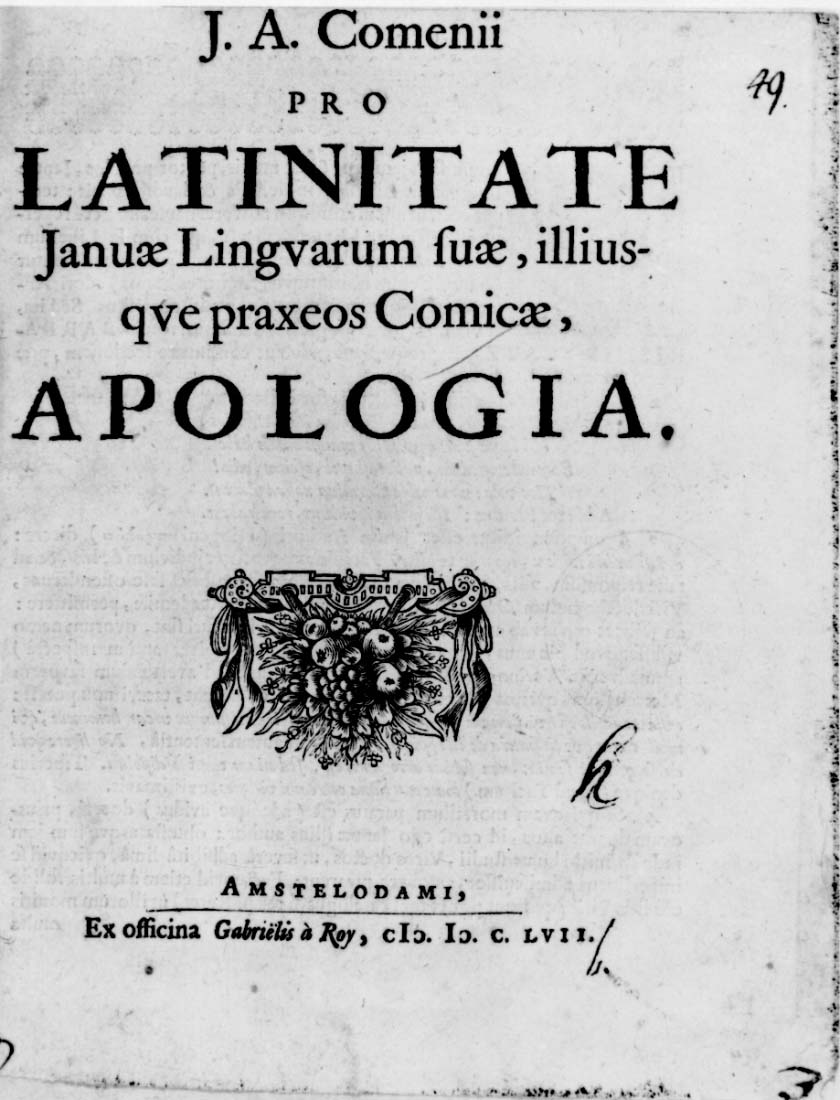