The messenger of peace, sent to the English and Dutch peace negotiators at Breda, from whence he will be known to all Christians in Europe and soon to all nations throughout the world, that they cease and desist from war and replace it with the princely Peace of Christ, that they might thus prepare to pronounce peace to the nations. In the year 1667 in the month of May

Origin of the work:
1667 Amsterdam

Editions:
1667 with no specification of place

A memorandum addressed to England and Holland, then meeting at Breda, which is a cal for peace and the rejection of all wars, including wars of religion.

In the mid-17th century competition increased between English and Dutch companies, in which the issues at stage were exclusive rule over the oceans, the monopoly on shipping goods and the colonies overseas. The tensions finally gave rise to the Second Anglo-Dutch War of 1664-1667, which was brought to an end by peace negotiations at Breda in 1667. The war meant the end of the Dutch overseas hegemony and the beginning of English maritime domination. Both sides agreed that they would retain what they had obtained; the Dutch left New Amsterdam (New York) to the English, unaware of how great a significance this land would attain in future.

Both of the competing states were held dear by Comenius, and it mattered to him that there be peace between them. For this reason he turned to them with a memorandum that he brought in person to Breda. In it, he condemns all wars, including religious wars. He rejects the justification of war in the interests of the state, and demands that states too be subject to a lasting moral code. Navigation should be free, because the sea is the space of the Lord. He requests a unification of Christians to turn back the Turkish menace and Christianise the nations overseas.

In the memorandum, Comenius mixes realistic and Utopian elements. In the conclusion the memorandum reflects not just the General Consultation on the Improvement of Human Affairs (Consultatio) and the treatise On the Possible Reconciliation of Christians (Christianismus), but also the prophecies of Kryštof Kotter, Kristina Poniatowská and Mikuláš Drabík. It starts from an assumption that at this time was beginning to lose its predominance, that contemporary wars were the result of the conflict between the Papacy and the Reformation. This was not realistic: in fact, the interests of the powers at war were material, as they were concerned with their colonies. Comenius’ desire that the French King Louis XIV be the mediator and arbiter of reconciliation between the two contesting powers was also unrealistic, as this was a monarch who was an intriguer, and who was unacceptable in the role to both England and Holland. 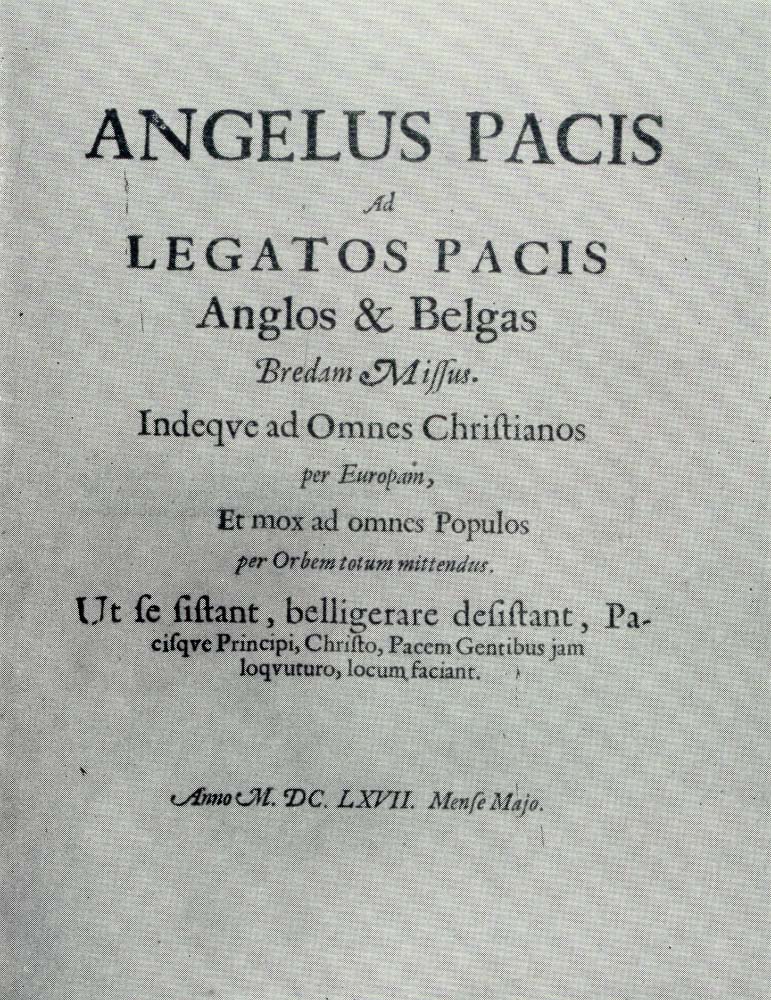