Settlement is known on the site of Amsterdam from the 8th century; it is referred to in the 12th century as a fishing community, gained its charter as a town in the year 1300 and in the 14th-15th century was a member of the Hanseatic League of trading cities. It was the most important city in the Netherlands during the Dutch revolution of the 16th century. From the 17th century the city was a centre of world trade and finance (a bank was founded in 1609), and the seat of both the Dutch West India Company and the Dutch East India Company; from 1795 the capital of the Batavian Republic, and from 1814 of the Kingdom of the Netherlands.

Comenius first visited Amsterdam in 1613 on his way from Herborn to Heidelberg, and then again in 1626 during his second foreign mission in the service of the Unitas Fratrum (Berlín – the Hague – Amsterdam). A year later the Elzevier brothers printed Comenius’ Map of Moravia in Amsterdam. The map was published to meet the expected interest in the Czech Lands in Central Europe. Amsterdam welcomed Comenius for the third time in 1642, on his journey from London to Elbląg. After the burning of Leszno in 1656 Comenius accepted the invitation of Lawrence de Geer and settled with his family in Amsterdam, where he was to spend the last 14 years of his life. 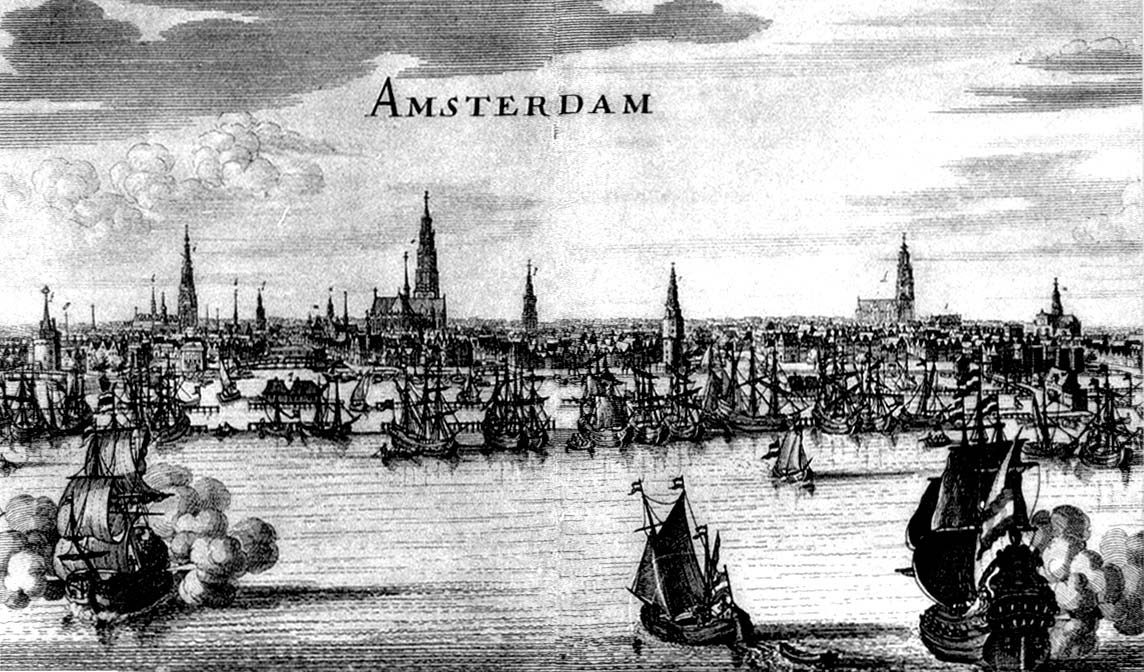