To friends living at Leszno in Poland

Editions:
Old print in the Leipzig University Library, undated, no place of issue

(Czech translation by B. Ryba)

An important historical source on the state of the British kingdom, on concerns linked to the disquiet in England, and on Comenius’ pansophic plans.

After almost a month in England, Comenius sent his friends in Leszno a report on his experiences in that country and on its state. After a great storm at sea he arrived safely, and found his friends Samuel Hartlib, John Dury, Hübner, Pell and Haak. These took cognizance of his presence, and undertook to remain silent concerning it. Comenius appears here as one famed among the famous, looking forward to their attention and regard. He interests himself in particular in the local church and schools. The people participate fervently in Masses, and the Bible is held in high esteem. Literature is more widespread here than anywhere else. People learn Greek and Hebrew in order that they might read Scripture in the original. Comenius actively concerns himself with the improvement of schools; his Informatorium for Kindergartens is to be translated into English.

The intellectual Harrison offers Parliament an invention for establishing universal wisdom (pansophy), the use of which is assessed by a special commission. Comenius also recognised a unique man well versed in the oriental languages, whose knowledge could be used to turn the Jews to Christianity. The question of ecclesiastical organisation is being resolved, but is not yet at its conclusion. Parliament, under the influence of the Independents, decrees the removal of ceremonies, altars and crosses from churches, which is undertaken. 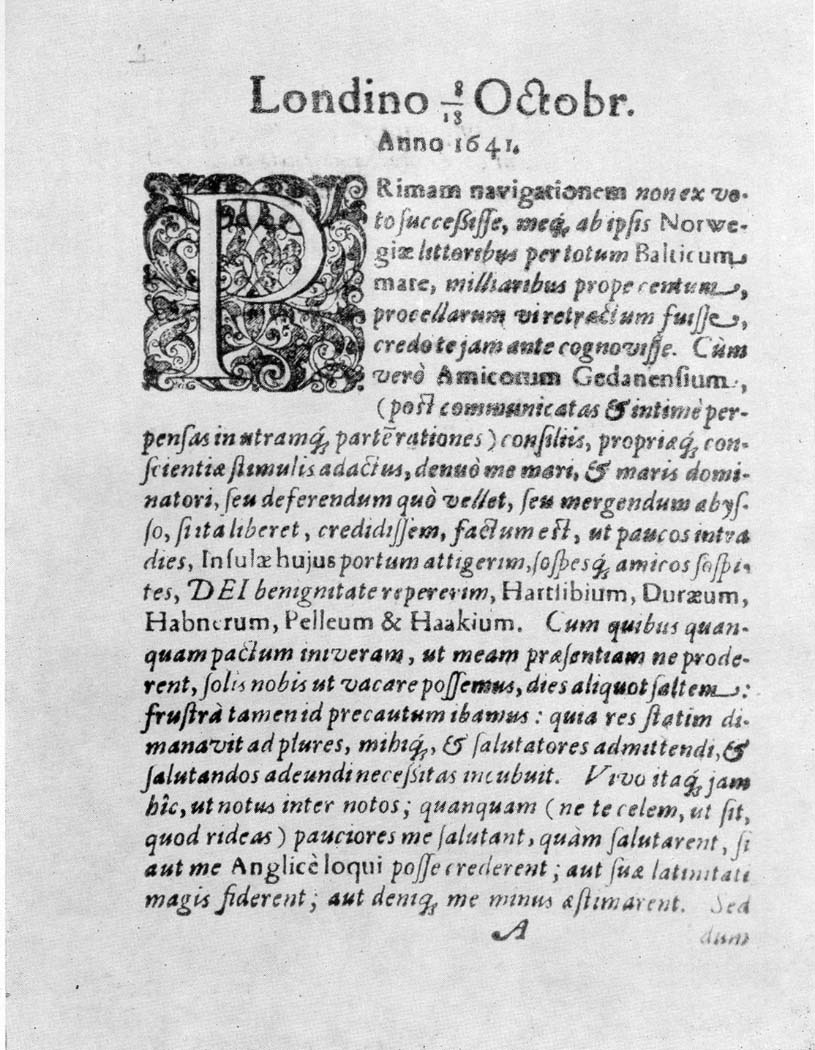