Father Abraham, presented on the stage in January of 1641, at the time of public school examinations

After Diogenes the Cynic Redivivus (the Diogenes) this was the second and last of the school theatrical productions put together by Comenius while living in Leszno. The play, again intended to be acted by students, considers moral aims and has a Biblical theme.

Abraham, dissatisfied by the degeneracy of humanity, is called by God to travel to the ancient homeland of Ur. Abraham goes with his wife Sarah and his father to the city of Kharan, and subsequently to the land of Canaan, of which Abraham speaks with Lot. God promises him this land of plenty as his inheritance. Abraham is drawn by a poor harvest onwards to Egypt, where Pharaoh takes a fancy to, and claims, Sarah, returning her when afflicted by calamity and learning that she is Abraham’s wife. After returning to the Promised Land, Abraham separates from Lot over a lack of pastures for their herds. He thanks God for his riches, and receives a new promise. He frees Lot from captivity in a battle between kings. God commands Abraham’s circumcision, and angels announce the birth of his son Isaac. Abraham deals with an angel for the salvation of the morally corrupt city of Sodom, from which he is able to save only Lot and his family. God calls upon Abraham to sacrifice Isaac; Abraham receives great reward for his faith in the Lord.

This play is dramatically less conspicuous and was less affecting than the earlier Diogenes Cynicus redivivus. It was performed at Leszno in 1641 and was issued in print in Amsterdam in 1661. 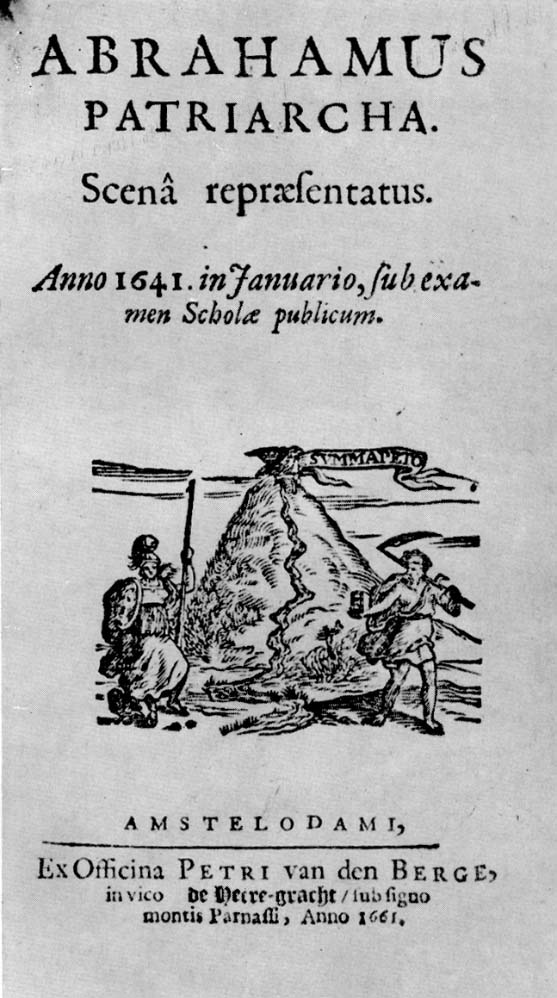